Mother Jones Editor-in-Chief Clara Jeffery is proving to be quite a hypocrite.

In the last 24 hours she offered a roster of recommendations on how Twitter could alleviate its harassment issues. But she immediately blocked people for raising questions about one of her own employee’s behavior.

The reason for Jeffrey’s advice involved a BuzzFeed story on Twitter’s failure to protect people against harassers:

Ben Dreyfuss, Mother Jones‘s social engagement editor, happens to be one of my favorite feeds on Twitter. I feature him regularly in Morning Mirror — so no complaints here about him. He’s often creative and clever and a breath of fresh air in a sea of groupthink. My observation has to do with his idiotic boss, who can’t seem to keep her mouth shut about things that could come back to haunt her. 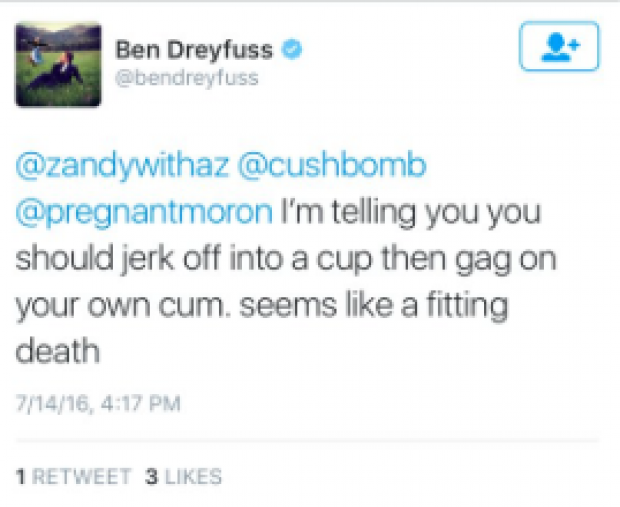 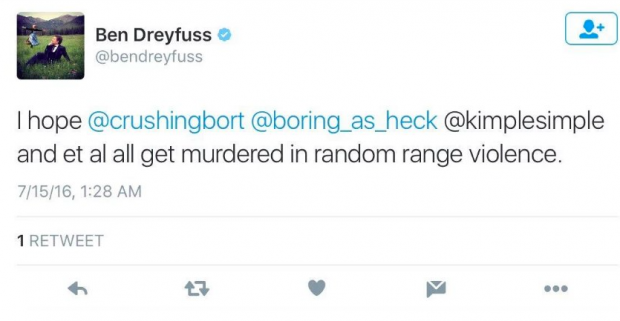 Clara doesn’t seem to like it when she’s called on the carpet. 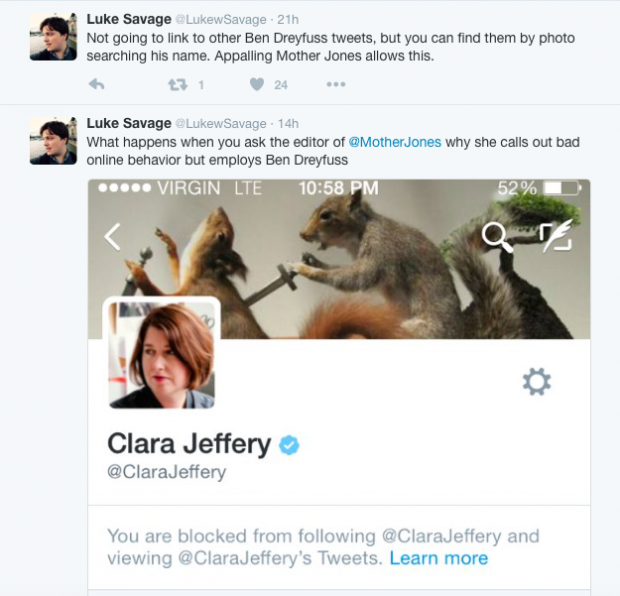 Good job Clara! Way to be a woman of the people. Or whoever it is you’re trying to be.

Full disclosure: Jeffery blocked The Mirror on Twitter long before this for reasons that are unknown.