During Sunday’s CNN broadcast of “State of the Union,” Carlos Gutierrez, who served as George W. Bush’s secretary of commerce from 2005-2009, spoke for an entire minute without anyone hearing a single word he had to say.

Gutierrez, who also worked on Jeb Bush’s 2016 campaign, was explaining why he chose to endorse Hillary Clinton before host Jake Tapper was forced to intervene. 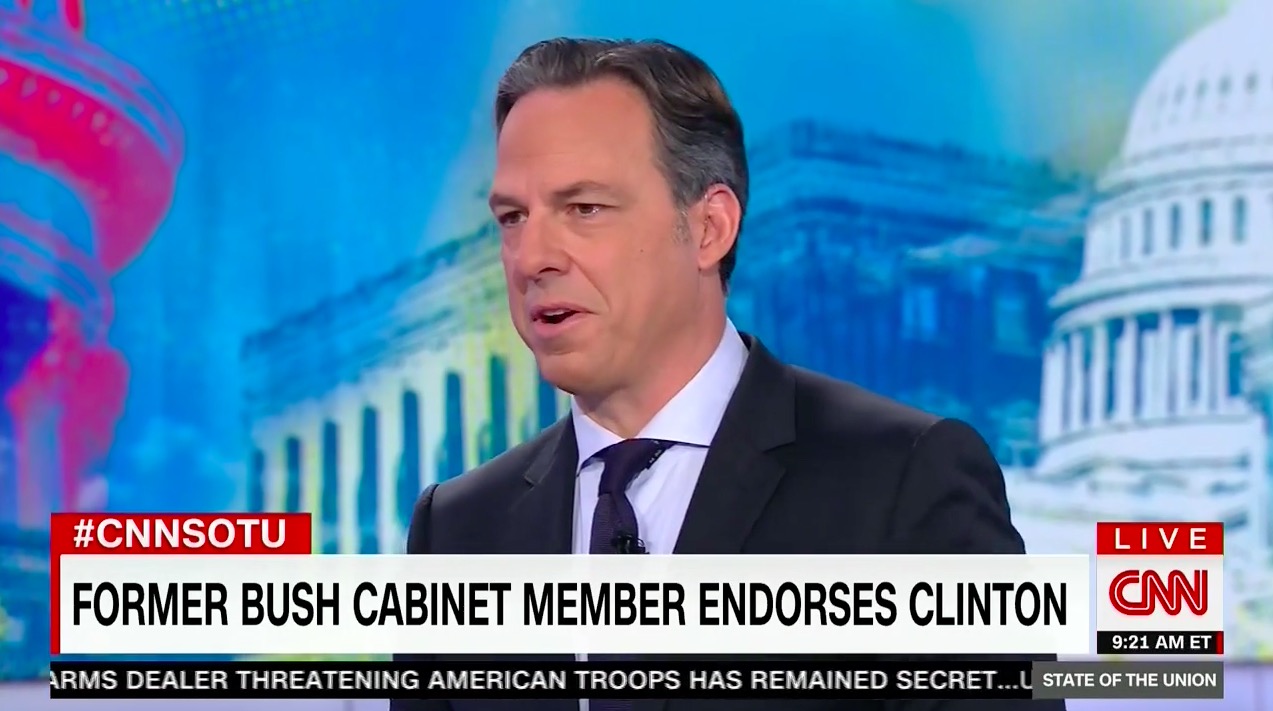 “Wait are we having microphone issues right now?” Tapper can be heard asking his producers.

“Just come on in. Do the microphone,” he stated while holding back a smile. “That’s ok. We’re doing this live on air. This is how television works sometimes.”