Blake Shelton was under intense scrutiny Monday after his followers unearthed a series of “racist, homophobic and sexist” comments he reportedly made on Twitter several years ago. 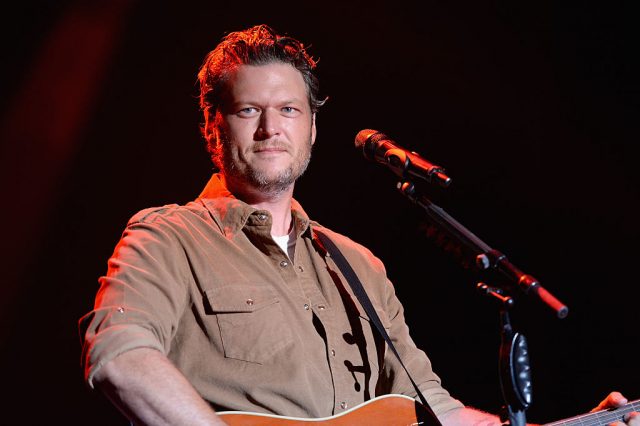 In one of the tweets from 2011, Shelton allegedly said the person in the room next to him needed to “learn some English so I would at least know what he’s planning to bomb!!”

In another from 2010, he jokes about fantasizing about the actress Dakota Fanning, who was just 16 years old at the time.

“So I just figured out a great excuse for my sick fantasy about Dakota Fanning,” he tweeted. “I thought she was Amanda Seyfried.” 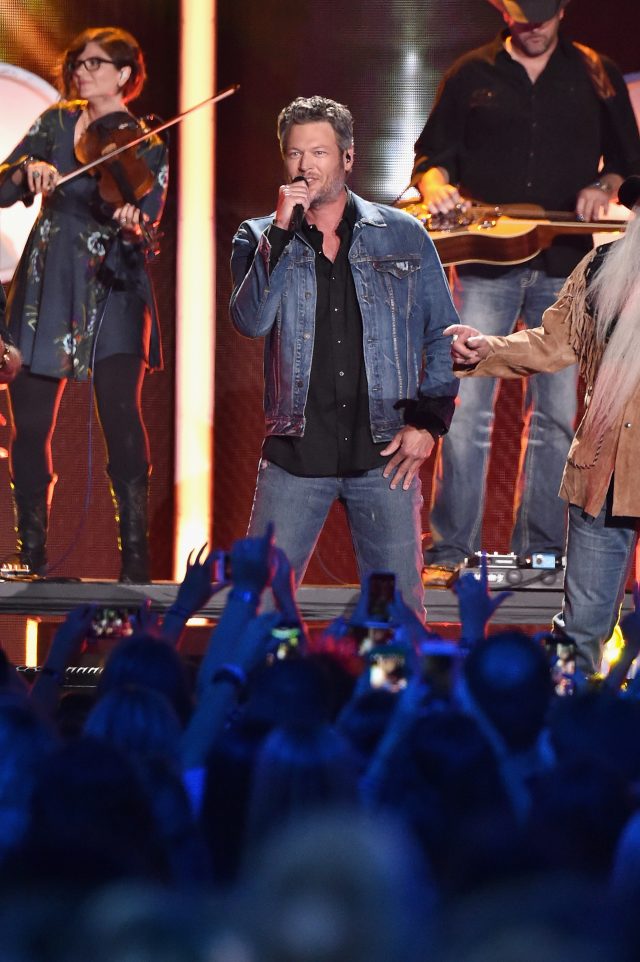 Though most of the tweets have reportedly been deleted, several users took screenshots. 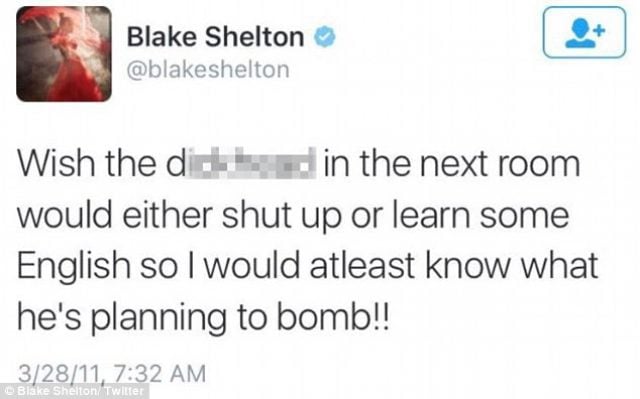 Grown men who wear skinny jeans may as well write on the side of their car "I'm only staring at your boobs cause I'm jealous of them!!"

Though the authenticity of the tweets has not been verified, Shelton’s fans were quick to become outraged.

“You can delete a tweet, but the Internet will never forget,” one user wrote. “Blake Shelton is Islamophobic garbage. Don’t support him.”

“Wow what a shocker,” another said. “Blake Shelton posted a racist and Islamophobic tweet. Doesn’t help with his bad deafening music.”

“Ok bye at Blake Shelton deleting his racist bomb tweet Hahahaha… You can’t even blame Blake Shelton’s tweets on him being young and dumb. He’s old now and he was old then.”

Blake Shelton deleted all his offensive, racist tweets, what a rat

So to recap Blake Shelton,he's :racist,homophobic,misogynistic,makes light of rape and made sexual comments about a minor. What a great guy.

@blakeshelton I love love loved you!
You are handsome and charming and I would melt just looking at you!
That fantasy is over you racist pig

@blakeshelton ur a racist pig

Blake Shelton's old tweets coming back to haunt him like pic.twitter.com/VZPkJbuf3n

1
Was The Stockpile Shortage Under Obama A Result Of The Tea Party? Not So Fast
Media
2
MyPillow’s Mike Lindell Punches Back At Jim Acosta: Unfit To Print
Editorial
3
GOODMAN: President Trump Is Taking The Lead In The Campaign To Save America
Opinion
4
World Health Organization: Abortion Is 'Essential' During Coronavirus Pandemic
Politics
5
'Lost The Credibility': WHO Faces Mounting Backlash For Aiding China's Coronavirus Cover Up
World