“This is never going to stop.”

WEINER’S TEXT THAT SET OFF WEEKEND MEDIA STORM: “Text and I’ll hit that location button thing,” He was talking to who he thought was a woman in LA.

And just some of the fallout…

“Don’t DM flirtatiously with who you believe to be young women on Twitter” — evidently still not a life rule Anthony Weiner cares to follow. — Michael Tracey, VICE columnist.

“The last 48 hours have made me tired of winning. But I know I still have to win some more.” — Breitbart News‘s Patrick Howley.

“Woke up to a Facebook reminder that six years ago, on this very day, I married my ex-husband. I had forgotten the date, but cool! Looking forward to Facebook ushering me through misty watercolored memories of an unhappy marriage.” — Rachel Vorona Cote, contributor, Jezebel.

“Yeah well I can drink a glass of wine in under 11 seconds so that’s something I have going for me.” — Christine Rousselle, managing web editor, Townhall.

MSNBC’s Chris Hayes is compared to a mushroom

“Chris hayes is a cute little mushroom man. I like how he sinks his head below his shoulders. This has been a #political #media #tweet.” — David Sims, senior associate editor of Culture for The Atlantic.

On coffee an reporters…

Shachtman is executive editor of The Daily Beast. 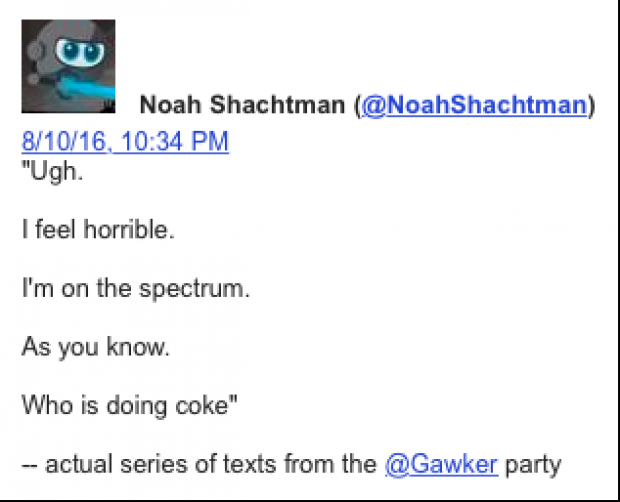 “He’s young enough to be my son, but…..’Steve the Climber’ is kind of cute y’all.” — CNN contributor Ana Navarro.

Liberal reader @Lepton939: “I think Sam Stein is the best reporter you have and his youth would bring vitality to org going forward.”

Did someone say mirror? 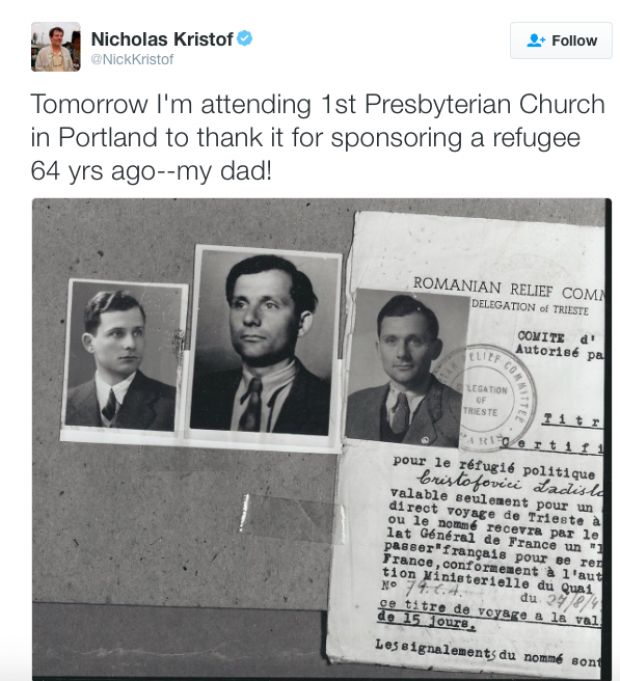