Robert De Niro made it clear he will not be voting for Donald Trump.

In an interview with the Hollywood Reporter from the 22nd Sarajevo Film Festival, the 72-year-old actor slammed the Republican presidential nominee as “totally nuts.” (RELATED: De Niro Defends Anti-Vaccine Documentary: ‘People Should See It’) 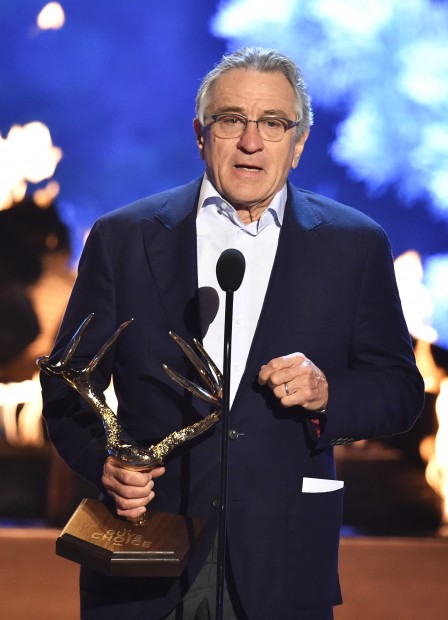 “What he has been saying is totally crazy, ridiculous, stuff that shouldn’t be even–he is totally nuts,” De Niro said. (RELATED: De Niro Storms Out Of Interview)

The actor then compared the character he played in the 1976 movie “Taxi Driver” to Trump.

“One of the things to me was just the irony at the end [of the movie],” he added. “[Bickle] is back driving a cab, celebrated, which is kind of relevant in some way today, too. People like Donald Trump, who shouldn’t be where he is so … God help us.”

De Niro then went after the media for giving the Republican presidential nominee more attention than they should have but praised them for recently pulling back.

“Come on, Donald, this is ridiculous, this is nuts, this is insane.”

1
Chinese Markets Reopen — And They Still Sell Bats, Dogs And Cats
World
2
Trump Says US ‘Will Not Pay’ For Harry And Meghan’s Security Detail
US
3
Dr. Anthony Fauci Predicts How Many Will Die From Coronavirus In United States
US
4
De Blasio, NYC Officials, Downplayed COVID-19 Threat After Trump Restricted Travel To China. Here Are 5 Examples
US
5
'That's Enough': Trump Attacks, Then Cuts Off PBS Reporter During Coronavirus Briefing
Media