Millennials who are supporting Hillary Clinton recently argued in favor of abolishing the Second Amendment.

During a rally in Annandale, Va., the Democratic nominee’s supporters were asked by a Campus Reform reporter if they thought repealing the Second Amendment would be “a good idea.”

Their responses were cringeworthy.

“Oh yeah, definitely, I really think that we really need to start viewing human rights as more important than gun rights,” one said. (RELATED: Howard Stern’s Epic Gun Rant: The Wolves Are Attacking, And The Sheep Are Disarming!)

“In an ideal world, if the National Rifle Association wasn’t around, would you think it would be a good idea?” the reporter then asked.

“Yeah I think it would be a good idea,” another added. “I hate the NRA.” 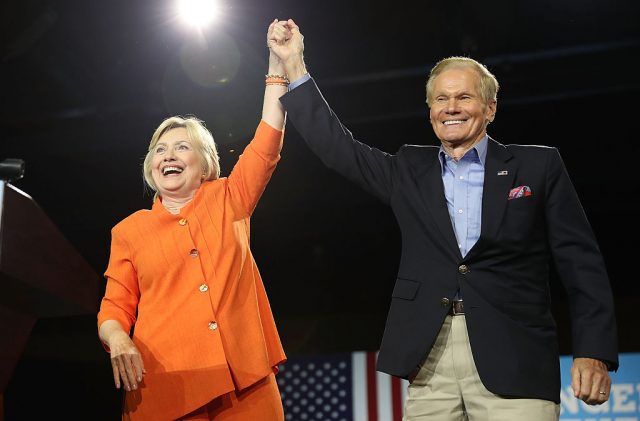 “I mean it’s kind of ridiculous to me that, yeah, the Constitution is great and everything, but you have to remember that people made these, humans make mistakes and it was written hundreds of years ago,” one of Clinton’s supporters said.

“I think it’s high time and that Hillary Clinton is definitely going to be one of those people that can really spark that conversation and make a change,” another said.

Clinton has made repeated calls for extensive background checks and has even argued that 90 percent of Americans are in favor of her “common-sense gun measures.” (RELATED: Amy Schumer Says Her Gun Control Plan Is Simple)