Hillary Clinton has been holding a consistent lead over Donald Trump nationwide and in key states since the Democratic convention.

An average of the five most recent polls of voters across the U.S show Hillary Clinton leading Donald Trump by 4.6 percentage points in a four-way-race. Since July 25, national polls have shown Clinton leading Trump.

In a Bloomberg poll, which polled voters from August 5 to August 8, Clinton is ahead with 44 points, Trump has 40 percent, former New Mexico Gov. Johnson is third with 9 percent, and Green Party candidate Jill Stein has 4 percent.

J. Ann Selzer, who oversaw the Bloomberg poll, said, “For Clinton, the contest is far from settled, but she is on solid ground.”

The poll shows her leading across several demographics with 60 percent of unmarried voters, 66 percent of non-white voters and 55 percent of women. Trump is leading among men, 48 percent, people without college degrees, 52 percent, and Evangelicals, 59 percent. (RELATED: In Poll After Poll Trump Leads Clinton Among Independent Voters)

The most recent Gallup polling shows 39 percent of Americans view Clinton favorably, and 32 percent have a favorable opinion of Trump. 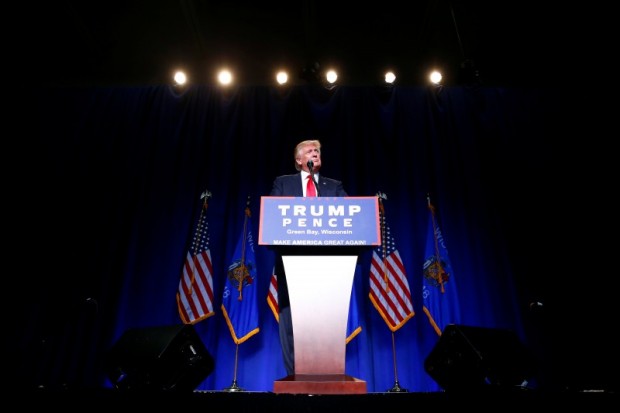 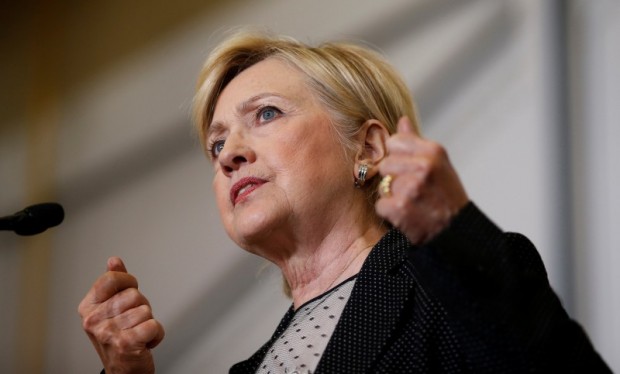 Polls have shown Clinton leading consistently in Florida, Ohio, New Hampshire, Virginia, North Carolina, and Pennsylvania — all of the most important swing states this election.

In a CBS poll out Sunday, Clinton leads in Florida with 45 percent, Trump is at 40 percent, Johnson has 5 percent, and Stein notched 1 percent. The poll showed that compared to previous elections 62 percent of voters felt more motivated to vote.

The poll showed that it mattered to 34 percent of voters that some Republican leaders have denounced Trump, and that it didn’t matter to another 33 percent. (RELATED: Hillary Is On Pace For A Historic Low With White Voters)

In a New Hampshire poll out Sunday, Clinton leads with 45 percent, Trump is at 36 percent, Johnson is at 5 percent, and Stein trails with 3 percent. Forty-three percent of New Hampshire voters thought the way Clinton has talked about her private email server has mattered a lot, only 17 said it didn’t matter at all.