In the interview, the Panthers’ MVP quarterback shot down the notion that criticizing him is racist.

“Everybody’s entitled to their own opinion,” he explained. “I don’t want this to be about race, because it’s not… like, we’re beyond that. As a nation.”

Israel Gutierrez offered the most level-headed statement, explaining it “seems like [Newton] is essentially dodging the question. It’s his sort of version of ‘Republicans wear sneakers too.'” 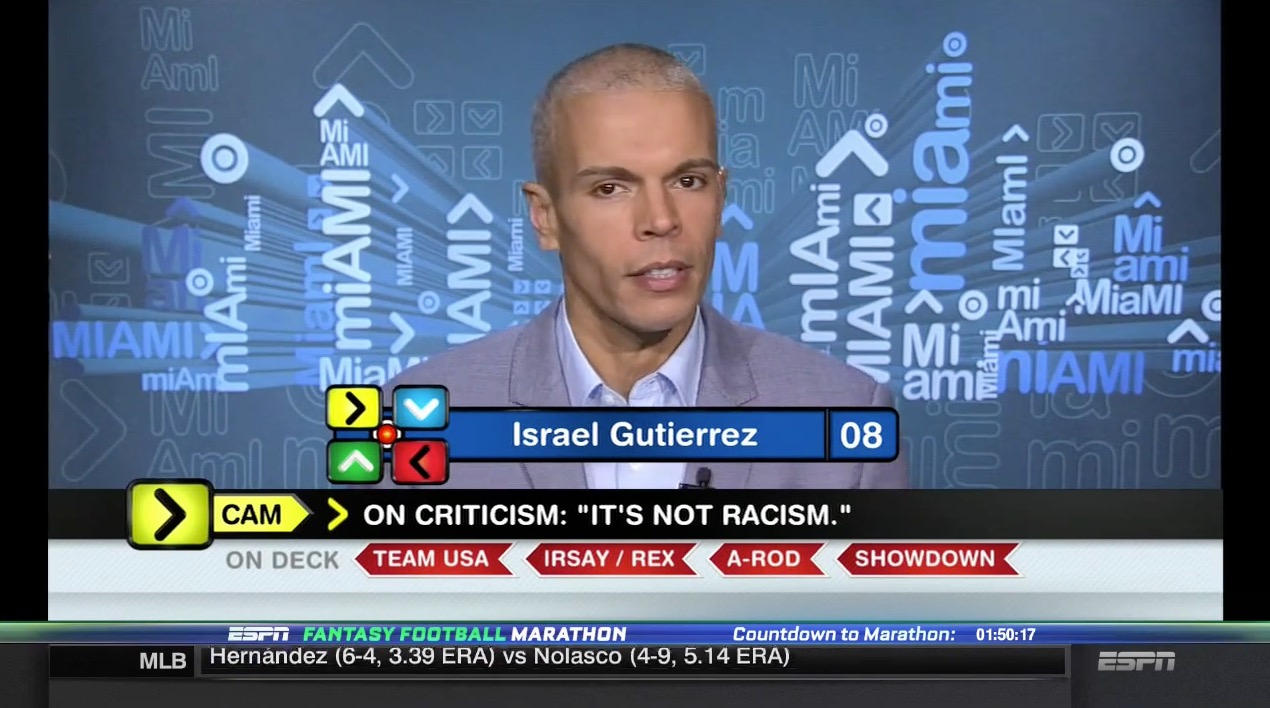 “I would say it’s disappointing,” he continued. “But we all want everybody to be activists. Maybe some people just aren’t comfortable saying it, and I’d be ok with Cam not really saying much.”

Kevin Blackistone was “confused because it seems like [Newton has] been all over the map this year.” 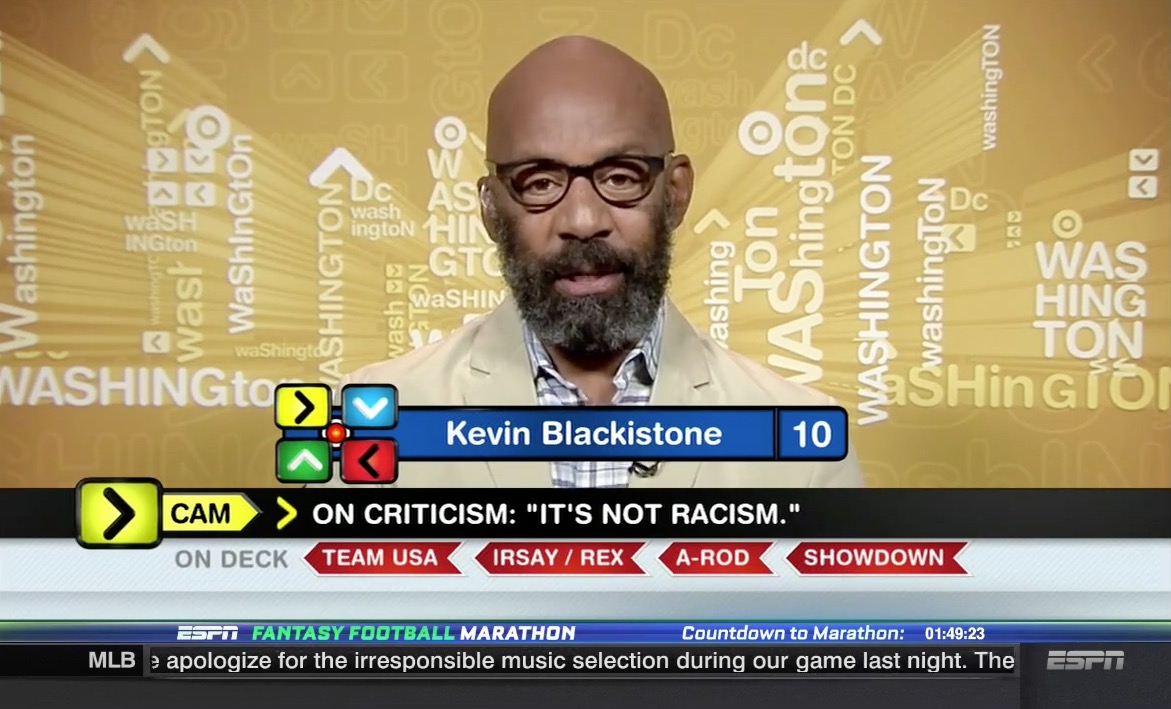 The DC sports journalist pointed to Newton himself raising the idea of a black quarterback “scaring the league,” and attributed his comments to being “a young man who is still trying to find himself in this new media world that we have.”

Pablo Torre noted that “we tend to treat athletes horribly when they go out on any sort of limb.” 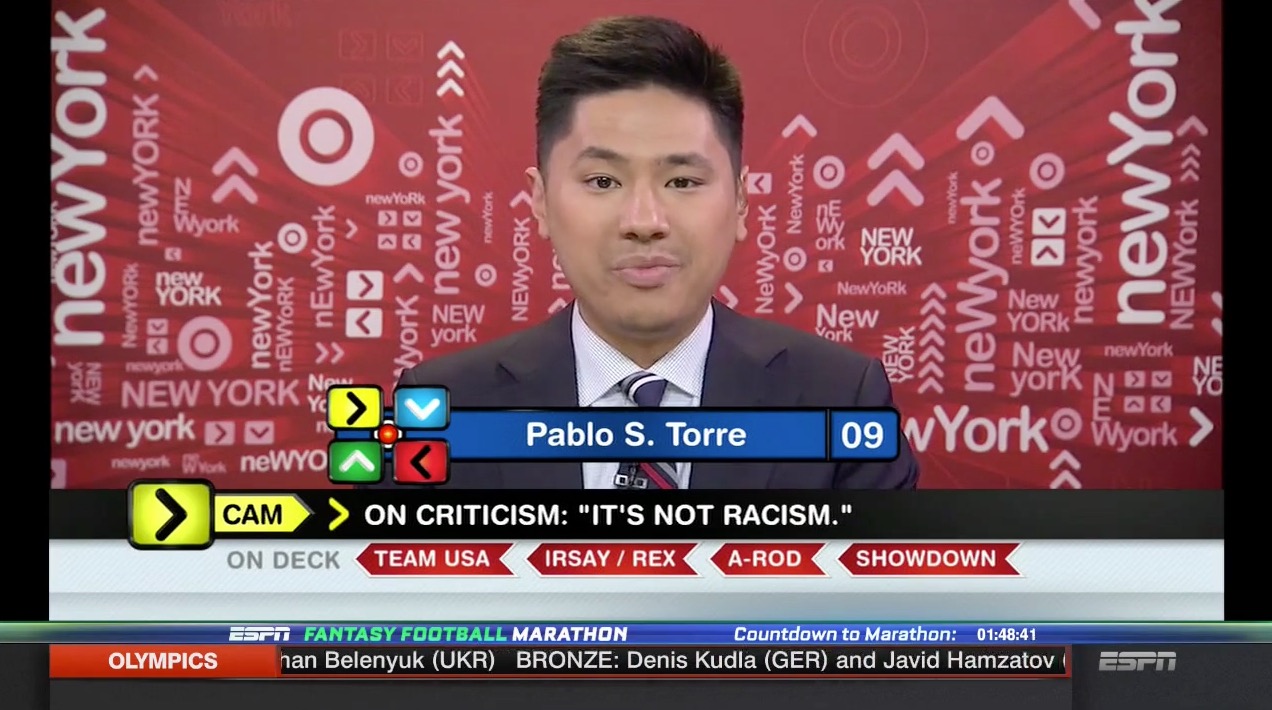 “He was also asked about the Carolina bathroom law. He said ‘I have nothing to gain by answering that.’ So which tells me that Cam Newton wasn’t necessarily being fully transparent.”

Torre clarified that it “is very damaging to say something along the lines of we are post-racial in this country… You only believe that Cam Newton is facing no racism if racism does not exist in this country… it is stigmatizing to basically give ammunition to people who would be in denial about that.”

“That’s the one issue that stood out to me was the denial or the refusal to recognize that racism still can’t be an issue … What we can seen is that it has not been an impediment in his career.”