“The worst problem I see about Trump is who his followers are,” Armstrong said, according to UPROXX. “I actually feel bad for them, because they’re poor, working-class people who can’t get a leg up. They’re pissed off and he’s preyed on their anger.” (RELATED: Green Day’s Billie Joe Armstrong Getting Treatment After Onstage Meltdown) 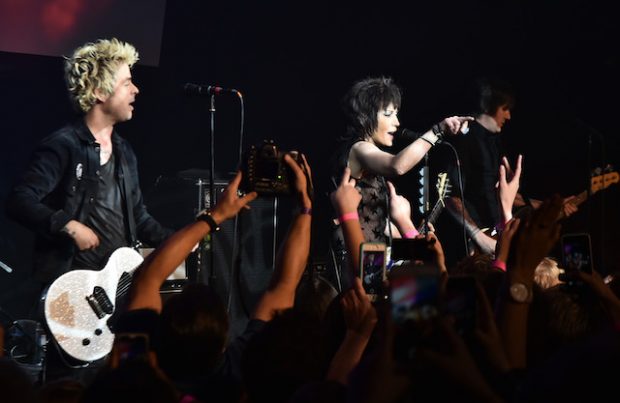 “He just said, ‘You have no options and I’m the only one, and I’m going to take care of it myself,'” he told Kerrang. “I mean, that’s f–king Hitler, man! I don’t even know how else to explain it.” (RELATED: Which Green Day Song Is On Paul Ryan’s iPod?)

“I wish I were over-exaggerating,” he continued. “And sometime maybe I do over-exaggerate with [George W] Bush. But with Trump, I just can’t wait ’til he’s gone.”

1
Antifa Group To March Alongside Pro-Gun Protesters In Virginia
US
2
Biden Blames Obama For Being Too Lax On Big Tech Years After He Cheered On Theranos
Tech
3
9th Circuit Court Of Appeals Deals Brutal Blow To Teens Who Sued Trump Over Climate Change
Energy
4
'I Want Trump Out!': Migrants Plan To Cross US Border Once Trump Leaves Office
World
5
Pompeo Says State Department Will Investigate Surveillance Threats Against Yovanovitch
Politics