The Society Of Professional Journalists’ blog network deserves a spanking for a column about Rio coverage that has no basis in reality.

It comes from Tracy Everbach, who is embarrassingly an associate journalism professor at the University of North Texas. Everbach wrote an essay for SPJ that cries racism and sexism where there is none. She is either willfully stupid or seriously oppressed.

Hopefully her students don’t take it too seriously.

She writes about Simone Biles, a gymnast who won a gold medal.

Everbach is appalled that a headline on a column of her local paper read, “I don’t think she’s human.”

A rational reader sees that as high praise. Meaning that Biles is so phenomenal at her athleticism that she’s beyond human.

“How could those words have sailed past the editors?” she asks. “Insinuating in a headline that a black woman is something other than human hearkens back to the days of slavery, when black people in America were considered three-fifths of a human being.” 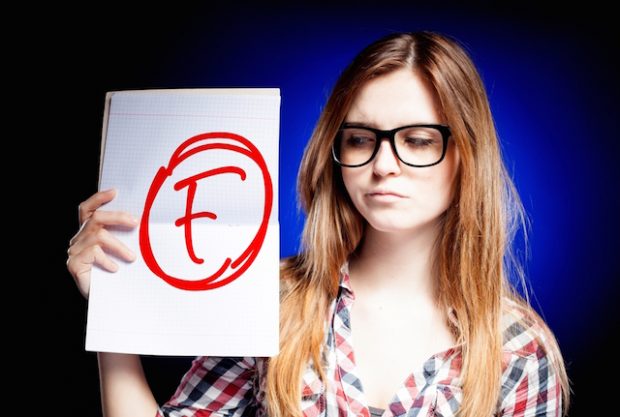 Everbach (whose name keeps relentlessly autocorrecting to — I’m not even kidding — “overreach”) goes on to insist that coverage of the 2016 Olympics in Rio is pathological. She’s even found a psychological term for all this unconscious racist writing.

“An academic term called incognizant racism can explain some of the racist and sexist coverage we have seen in the 2016 Summer Olympics. The term refers to an unintentional bias on the part of journalists, who adopt the dominant white and male values of society and pass them along to the public through daily coverage.”

She points out other so-called racist and sexist headlines that offended people so much that they had to — gasp! — complain about it on Twitter. Since when are idiots complaining on Twitter taken as a serious reflection of society?

(By the way, autocorrect has now changed “Everbach” to “Overbite.”)

She’s also hilariously offended by NBC anchors Meredith Viera and Hoda Kotb for “drooling” over a Tongan flag-bearer as well as a Cosmopolitan Magazine headline that she said reads: “36 Summer Olympics bulges that deserve gold.” She says she’s not hyperlinking to that one. If we heathens want to read such trash, we’ll have to find it ourselves.

So I went looking for it. And it either never existed or was scrubbed from the site.

Still… it’s COSMO — what did she expect? Nuns, Inc.? Seriously, are we supposed to be ashamed of reading Cosmo? It’s hardly Penthouse.

Even without that headline, there’s plenty to offend Everbach. Try some of these Cosmo headlines:

It’s people like Everbach who want to sanitize what we see in the world.

Let’s hope her students have their own minds about right and wrong — and reality.