The allegations against Schmitz include that he downplayed the devastation of the Holocaust and dismissed Jewish employees when he was the inspector general for the Department of Defense, according to the McClatchy Washington Bureau. 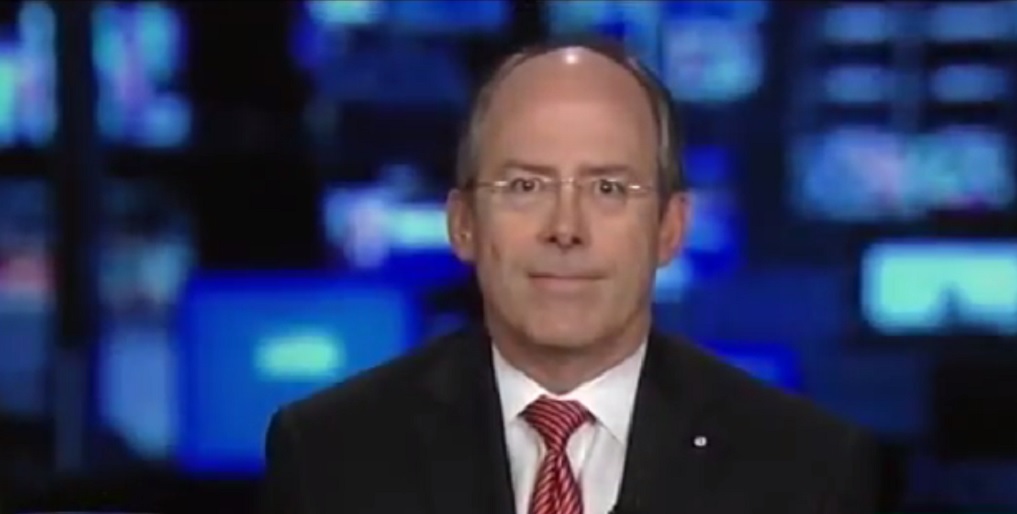 The allegations have surfaced because McClatchy obtained the text of a complaint filed by Daniel Meyer, a senior intelligence community official and a former employee with the Defense Department inspector general.

In the complaint, Meyer alleged that, during his tenure as inspector general from 2002 to 2005, Schmitz declared: “I fired the Jews.”

“In his final days, he allegedly lectured Mr. Crane on the details of concentration camps and how the ovens were too small to kill 6 million Jews,” Meyer wrote in the complaint, which remains under federal review.

Crane refused comment on the allegations, but told McClatchy that he would comment if “required to testify under oath.”

Lawrence Wilkerson, Colin Powell’s former chief of staff, did not comment directly about Schmitz but told McClatchy that he is “very worried about what” Trump “says from time to time and the nature of the people who are around him.”

In December, Trump told the Republican Jewish Coalition, “I’m a negotiator, like you folks.” The remark brought criticism for an appearance of anti-Semitism.

Trump has also retweeted an image of a Star of David and money. (RELATED: David Duke Says Trump’s Star Was Definitely Star Of David)

Schmitz flatly denies ever uttering the remarks attributed to him.

“The allegations are completely false and defamatory,” Schmitz told McClatchy, adding that his wife is “ethnically Jewish.”

Schmitz is the son of a notorious Republican congressman whose career flamed out spectacularly after he was revealed to have fathered two children in an extramarital affair.

One of Schmitz’s two full siblings is Mary Kay Letourneau, the legendary former Seattle-area elementary school teacher who had a torrid affair with her 12-year-old student, Vili Fualaau, in the 1990s. (RELATED: Trump Foreign Policy Guru’s Sister Is Teacher Mary Kay Letourneau, Who Slept With A 12-Year-Old)

Letourneau married Fualaau in 2005 — after spending about six years in jail. She has had a couple kids with him

The wedding ceremony at a winery was covered exclusively by television show Entertainment Tonight — when Letourneau was 43 and Fualaau was 22.

Letourneau, now 54, first met Fualaau when he was a student in her second-grade class at Shorewood Elementary School in the pleasant Seattle suburb of Burien, Washington.

In 1996, when Letourneau was 34 and Fualaau was 12, the pair began their star-crossed sexual relationship.

The cradle-robbing teacher was arrested in the spring of 1997 when police became aware of the tryst. Then, in in February 1998, just two weeks after she left her jail cell for the first time, police found Letourneau in flagrante delicto with Fualaau in a parked car. She had several thousand dollars in cash with her, along with a passport and some baby clothes, police said. Also, she was pregnant.

During her criminal trial, at which she ultimately pleaded guilty, Letourneau gave birth to the first of her two daughters with Fualaau.

The disgraced teacher gave birth to her second child with Fualaau as an inmate at the Washington Correction Center for Women.

Schmitz’s late father is John G. Schmitz. His career as a Republican congressman ended when it was revealed to have fathered two children in an extramarital affair with Carla Stuckle, an immigrant from Sweden.

John G. Schmitz’s affair was discovered when his infant son, John George Stuckle, showed up at an Orange County hospital with a piece of hair wrapped so tightly around his infant penis that doctors wondered if the hair was placed there intentionally.

John Schmitz admitted to being the father of the boy — and another child he sired with Stuckle. News of the incident brought the end of his political career, but not his marriage.

John Schmitz was also the national director of the John Birch Society and, in 1972, he ran for the U.S. presidency under the banner of the American Independent Party as a replacement candidate for noted racial segregationist George Wallace after Wallace was paralyzed in an assassination attempt.

He told McClatchy that he and other foreign policy advisers consult on a regular basis with Trump.

Longtime Trump confidant Roger Stone told TheDC earlier this year that Trump is free from the influences of aides.

In March, when asked he talks to for foreign policy advice, Trump replied, “I’m speaking with myself, number one, because I have a very good brain and I’ve said a lot of things.”

Schmitz, Naval Academy graduate, has worked for Blackwater, a security services company. He is currently an attorney in private practice in Washington, D.C.