With hundreds of thousands of followers, Occupy Democrats Logic, the Facebook page made famous for exposing fallacies in the Occupy Democrats movement, has now been shut down for noncompliance with Facebook “community guidelines.”

Greg Curtner, founder of the page, has given us the two posts that led to their page being unpublished below. Please take caution in viewing these “obscene” images, since Facebook saw them as reason enough to ban the politically conservative group.

The first image, correcting a meme designed by Occupy Democrats that credited Donald Trump to the internment camps of WWII, explained that the actions were done under President Franklin Delano Roosevelt, a Democrat, not a Republican. 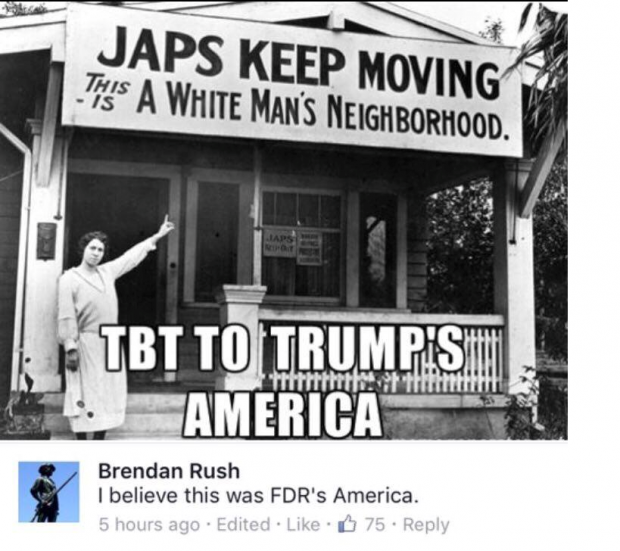 This image resulted in a 30-day account suspension of Curtner’s personal account, along with threats that another “violation” would lead to the page being unpublished.

Almost a month later, Curtner made the following post, calling out the left’s inconsistent criticism of Christianity yet love for Islam, which got the group permanently banned. 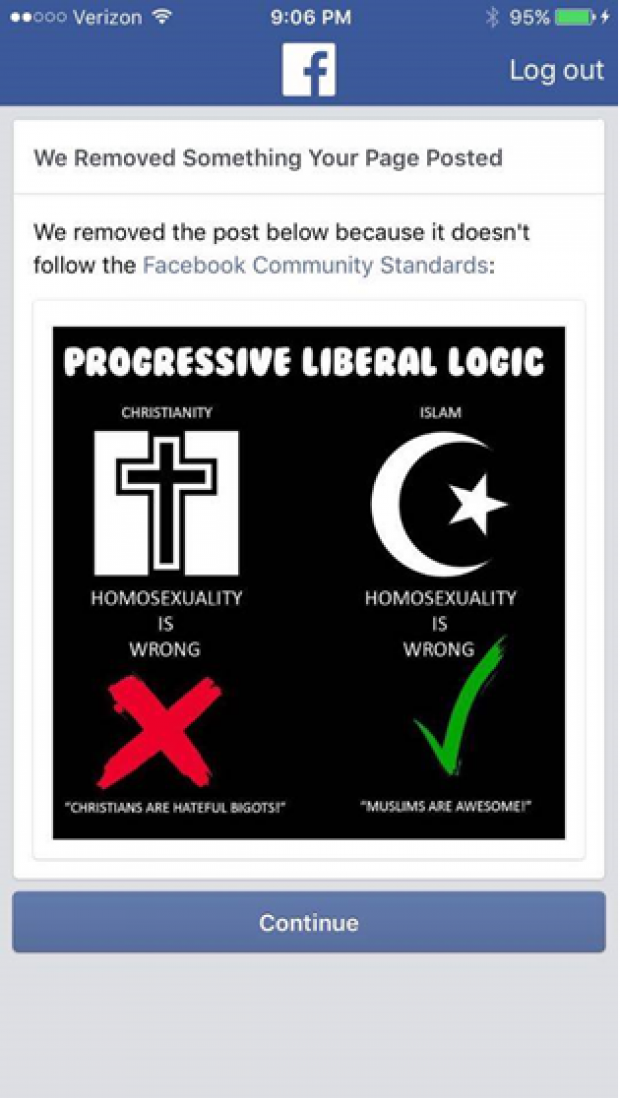 “I feel angry at the inconsistent enforcement of standards that Facebook has for its so-called community,” said Curtner. “I mean, there are pages that have openly compared Trump to Hitler or called for his assassination with no punishment.”

With mainstream social networks enforcing such “community standards” against conservatives, “Facebook users (especially one who have reported other pages to Facebook) should ask themselves if they really solve anything removing someone else’s voice. What goes around could come around. Being offended by what someone says does not disprove that person,” relayed Curter.

On Facebook’s community standards, they note, “People use Facebook to share their experiences and to raise awareness about issues that are important to them. This means that you may encounter opinions that are different from yours, which we believe can lead to important conversations about difficult topics. To help balance the needs, safety, and interests of a diverse community, however, we may remove certain kinds of sensitive content or limit the audience that sees it.”

Facebook did not include which section of their standards that these images had broken; be it nudity, hate speech or graphic content.

Under a new account, Curtner along with co-founders Tommy McDonald and Beni Habibi, have now published an “Occupy Democrats Logic II,” page to continue his work. With only 12,000 page likes, Facebook dealt a serious blow to the group, but loyal fans have found the page and are beginning to reconnect.

“Just a big thank you to everyone who has liked my backup, and has tried to spread the word. We had 130k followers, over 11k have already liked the backup, so by the end of the weekend we could realistically have up to 10% of our original following back,” said Curtner. “That shows the dedication that my followers have, the lousy degenerates lol.”

Mark Kahanding contributed to this report