After being named Donald Trump’s campaign manager on Wednesday, pollster Kellyanne Conway blasted out the same fundraising email no fewer than three times in less than 27 hours.

The first of the trio of identical emails arrived in inboxes on Saturday, Aug. 20 at 8:50 a.m.

Like the next two, the email was entitled “I want you to play a critical role.”

“I am proud to join the team as Mr. Trump’s new campaign manager,” the email from Conway explains. “Yesterday I asked him to give me a list of our strongest supporters.”

“Your name showed up on the list as a Big League supporter.”

The Trump campaign sent the exact same email to the same recipients on two more occasions — at 4:01 p.m. on Saturday and then at 11:29 a.m. on Sunday, according to time stamps. 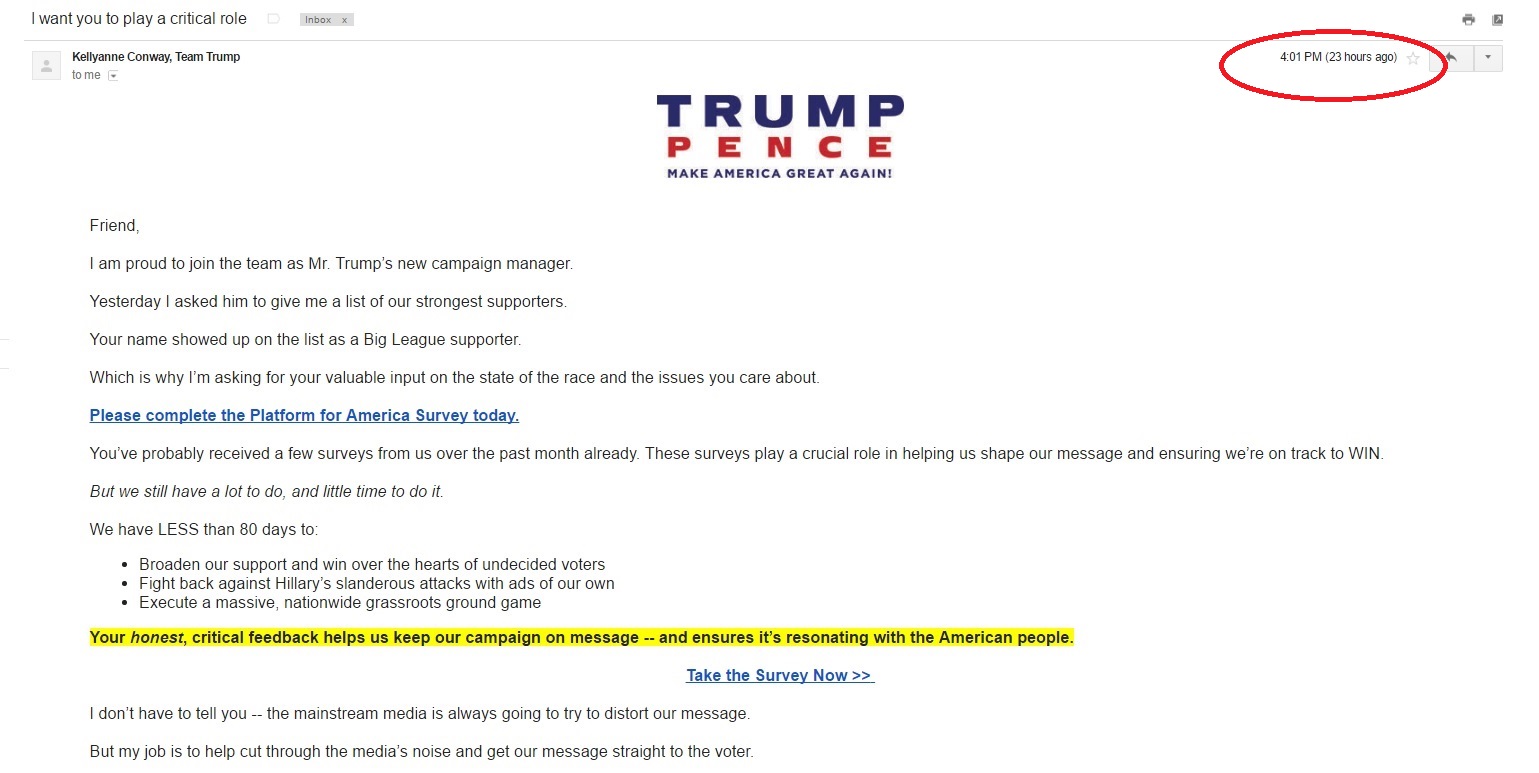 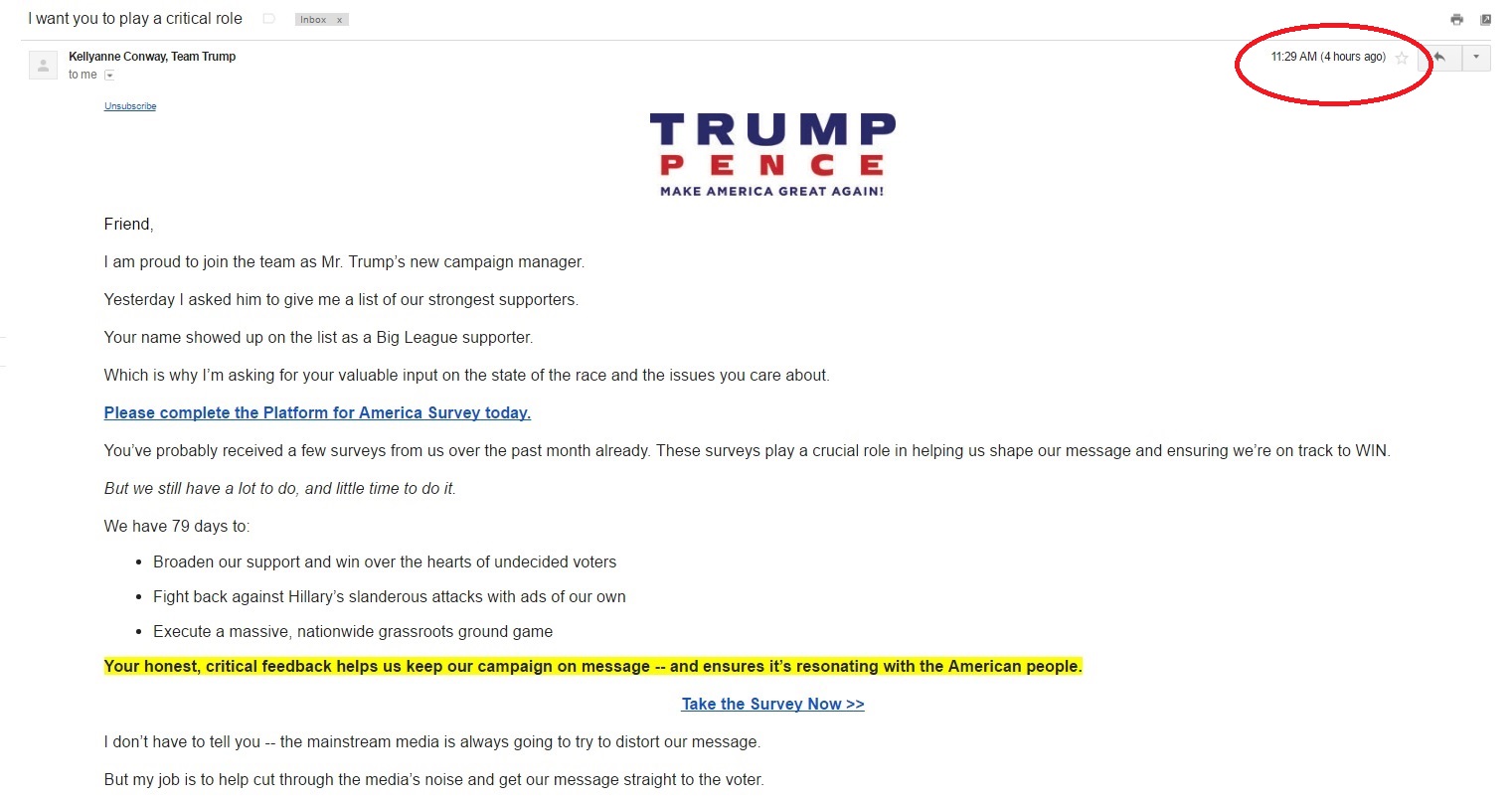 Clicking on any of the four links in each of the identical emails leads to a 30-question “Platform for America Survey.”

In order to continue, survey respondents must submit their full names, their email addresses and their zip codes. Respondents need not actually answer any of the 30 survey questions.

Email recipients who provide the required personal information arrive at a webpage seeking donations for the Trump campaign of between $35 and $2,500. (RELATED: Trump Camp Spent 20% Of Funds On Trump Businesses)

The first Crippled America email featured the run-on sentence title “Help us catch Crooked Hillary we are only a few donations away.”

The second Crippled America email appeared to have been sent just less than two hours after the first one.