Hillary Clinton addressed rumors that she is unhealthy by opening a jar of pickles on Jimmy Kimmel’s show Monday night. 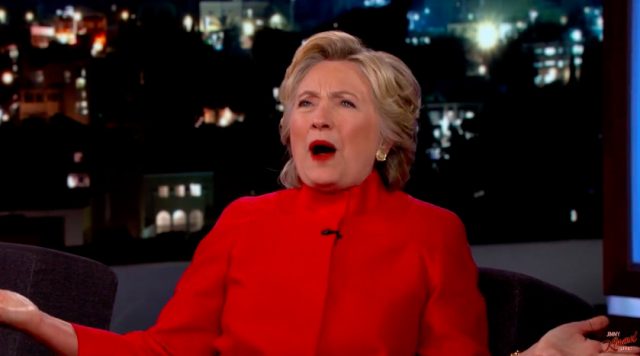 After Rudy Giuliani claimed that the Democratic nominee showed “several signs of illness,” Clinton said it was all part of a “wacky strategy.”

“Back in October, ‘The National Enquirer’ said I would be dead in six months,” Clinton said. “So with every breath I take I feel like I have a new lease on life.”

“I don’t know why they are saying this. I think on the one hand it is part of the wacky strategy — just say all these crazy things and maybe you can get some people to believe you.”

“I don’t go around questioning Donald Trump’s health. As far as I can tell, he’s as healthy as a horse.” 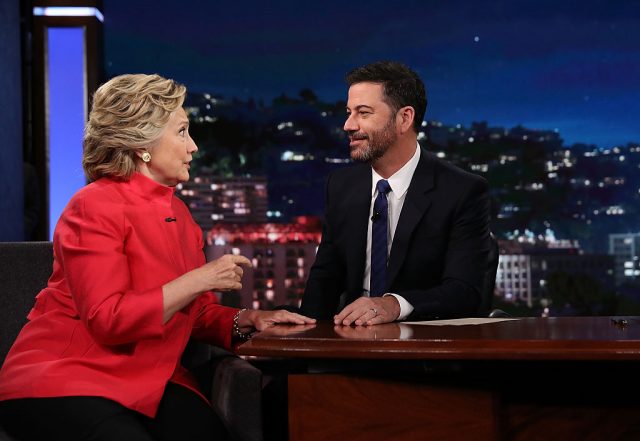 She added that she didn’t think the country had “ever been confronted with somebody who we see right now in the midst of this election is unqualified and temperamentally unfit.”

“I would prefer to be running against somebody who I thought was qualified to be president and temperamentally fit to be commander-in-chief.”