Michael Moore defended Ryan Lochte after the swimmer lost of all his major endorsement deals — including Speedo USA and Ralph Lauren — because he “exaggerated” a story about being robbed at gunpoint during the Summer Olympics in Rio. 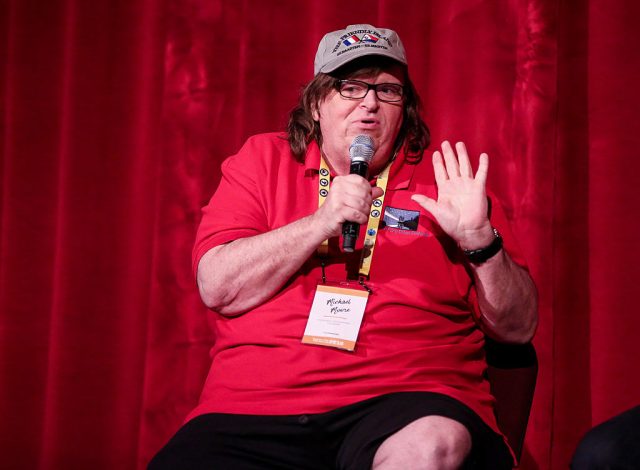 (Photo: Scott Legato/Getty Images for I Am Not Your Guru)

In a lengthy, sarcastic post on Facebook Tuesday, Moore said Lochte is being criticized because people envy him.

“We haven’t — and that’s why we must take him down, we who have never envied the talented or wished our lives weren’t so mediocre or boring or unfulfilling! No! Not us! It’s him! Him! He’s the criminal!”

A lot aren't going to like this. I'm sorry. I just don't like to watch ppl pile on, even if it's on ppl like Lochte: https://t.co/ykZ7iMudgC 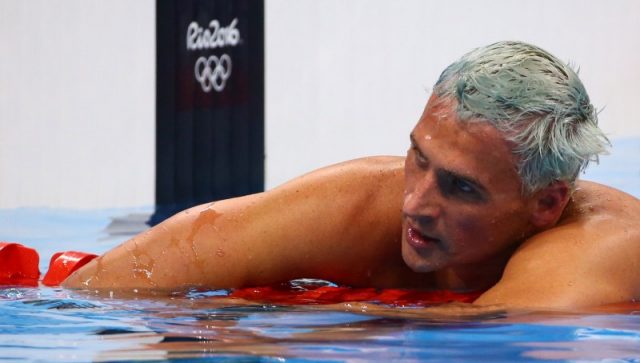 “Oh ye gods of justice, I pray a man in a uniform pulls a gun on Matt Lauer tonight after the Billy Joel concert at the Garden and demand money from him because he pounded his mighty fist against one of those disgusting ad posters we men are forced to look at while relieving ourselves! Pull the gun on him and ‘negotiate’ with him, but don’t hurt him, dear rent-a-cop!” (RELATED: People Are Furious That Ryan Lochte Lied About Being Held At Gunpoint In Rio) 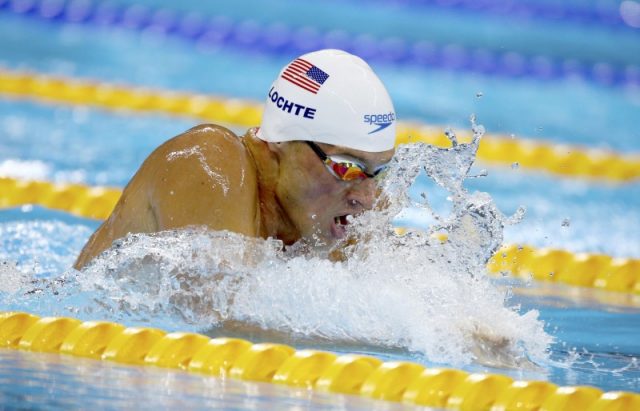 “Wait! What’s this, pray tell? Now we hear the urinal ad poster might have been already defaced BEFORE the swimmers ever appeared at said gas station?! And exactly what kind of gas station needs three armed guards? Where exactly are we? In a city that had called in 80,000 extra police for the week, the three armed security guards couldn’t call for a cop a half-a-block away? No! Why should they! They were just ‘negotiating’ with the swimmers!”

“And they could tell by looking into the eyes of one them — a blackout drunk if ever there ever was one — that he was just hours away from… lying to Billy Bush! Yes, keep that gun pointed at him! He will tell Billy Bush the gun was pressed against his ‘forehead,’ but if you just point it toward his head, that will make him a LIAR and all the people who could never dream of having 12 Olympic medals will raise their voice in judgment and condemn him! Shame! Shame on you, Ryan Lochte!”

“What? There’s more? After nine seconds of footage of the man pointing the gun toward Ryan Lochte, the next three minutes on the security camera tape have been… ERASED?! Who would do that? Surely not the kangaroo court that wouldn’t return the passport of the swimmer until he gave the ‘judge’ $11,000 to the judge’s favorite ‘charity’ — and then sign a statement they prepared for him blaming said criminal Ryan Lochte?! You don’t mean the same ‘justice’ system that kidnapped two other swimmers off the plane — the two who DIDN’T pee outdoors in the bushes behind the building, who didn’t damage the urinal ad, who didn’t do ANYTHING — but they were hauled off the plane and held in jail until they, too, signed some document blaming this Lochte loser?! Only then could they leave! Justice!”

“I love how other countries try to emulate us, our beautiful American System of Justice.” (RELATED: Ryan Lochte And One Other U.S. Swimmer Indicted In Brazil) 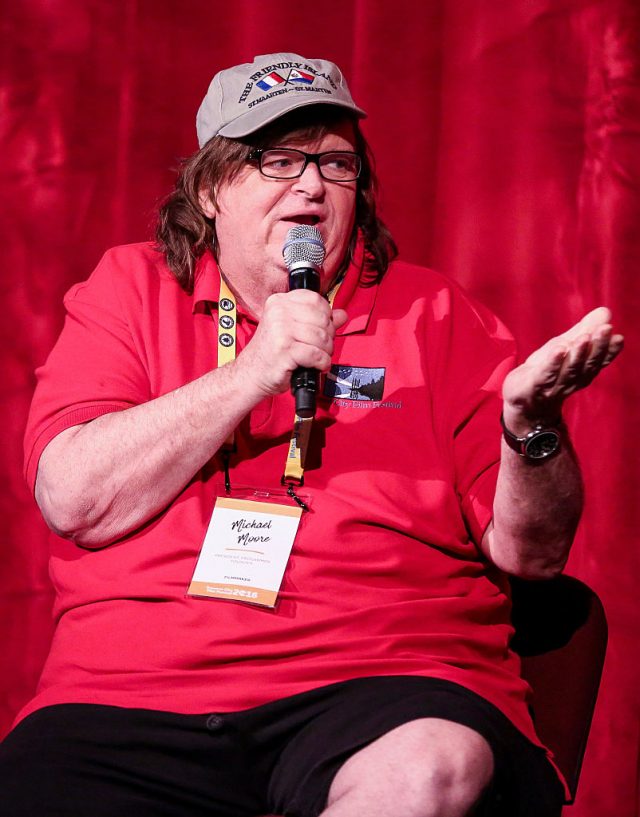 (Photo: Scott Legato/Getty Images for I Am Not Your Guru)

“They got one thing right in Rio – if the perp is white, make the sentence light. But they forgot the importance of subtly and appearances. Some day maybe they will be like us and NOT let the innocent go scot-free after 24 hours, but instead jail them for years in a private prison to make profits for the rich. These Brazilians only collected $11K from the swimmers! Amateurs!”

“Nonetheless, the good news is that this incident will teach a lesson to arrogant jocks everywhere! We’ve hated these jocks since high school. Loud, noisy, drunken, stupid, handsome, strong, successful sports idiots! Finally, four of them got their comeuppance! Out all night drinking, drunk — but…wait… they didn’t get behind the wheel of a car — they took a taxi. They didn’t steal donuts or Pringles at the gas station. They didn’t pee in front of everybody — they went out back. They didn’t stiff the taxi driver — no, they gave him a tip! Three of them conked out back in their rooms — but one of them had the sad misfortune of running into Billy Bush while in that strange transition phase between wasted and hungover.”

“And if you’ve ever been in that moment, well, you know exactly how it is — you are sooooo articulate! Your mind is as sharp as a javelin, your tongue as clear as a shot into the German net! Yes, yes — Billy could tell you were not ‘all there,’ Ryan. That you were in an altered state. Gee, what is the name for that, when one takes advantage of someone else when they are inebriated? If Speedo had put a pen in Ryan’s hand at that instant to renew their deal while he was drunk, the contract wouldn’t have held up in court. Every time the media runs the clip of Ryan Lochte telling his drunken/hungover exaggerated version of what was basically the truth, the media is continuing to abuse someone who was not in control of his faculties. Does this bother anyone? Is this the culture we live in? Well, if you’re a woman, you already know the answer.”

“Yes, there are Ugly Americans who visit the Third World and do awful, racist, classist, stupid, cruel things — and I’m not just talking about when Billy Bush’s cousin invaded Iraq. You can also throw in every American tourist and visitor whose boorish behavior gives us all a bad name, like when the CIA and United Fruit overthrew the democratically-elected president of Guatemala (1954).”

“But that isn’t Ryan Lochte! No, he’s much worse. He got drunk and couldn’t remember every detail about the man who actually pulled a gun on him for money. He forgot to totally trash the gas station and beat up the homeless guy sitting outside. He didn’t abuse women. He was not a football player! No! These guys were swimmers! They shave their legs — and their chests!”

“And, in a final act of humiliation, Ryan Lochte today lost the endorsement of the parent company of ‘Gentle Hair Remover.’ That’ll teach him! That’ll teach him, how his fellow Americans turned on him so quickly before they knew all the facts. That was the thanks he got from a grateful nation after giving up his entire adult life to swim for his country and ‘bring home the gold.’ There’s so much hate going around these days, we even throw it at a guy who’s the second most decorated swimmer ever, a guy who proudly waved our flag and held his hand over his heart during our national anthem.”

“Yeah, fuck you Ryan Lochte! And God Bless these United States of America, where everyone gets to throw the first stone.”