After blanketing a Politico reporter with f-bombs on Sunday, GOP congressional candidate Dan Bongino admitted to The Blaze that he lost it on Marc Caputo because his wife has lupus.

If you’re shaking your head, so is The Mirror.

Politico ran the video that has amassed some 200,000 viewers early Monday morning. In it, Bongino, who is running for Florida’s 19th congressional district, called Caputo a “life loser” and told him to “go fuck yourself” about a gazillion times.

Here’s a brief sample of the telephone tirade: “HEY, FUCK YOU, FUUUUCK YOU. YOU’RE A PIECE OF SHIT. YOU’RE A FUCKING SCUMBAG. GO FUCK YOURSELF.”

One of the questions that apparently so enraged Bongino was why he recently relocated to the Sunshine State. He ran for a congressional seat in Maryland in 2014 and lost. He was previously employed as a Secret Service agent. 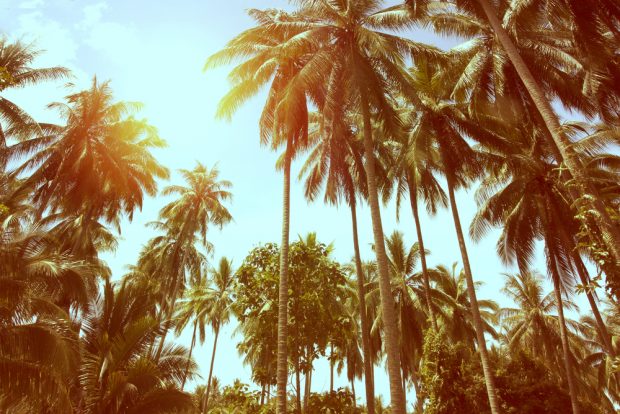 Bongino claims that the explosion with Caputo did not happen until Caputo “goaded” him and peppered him with questions on why he was running for a seat in Florida.

In what was supposed to be a huge confessional, Bongino told The Blaze, “I’m in Florida, and I don’t talk about it, I mentioned it yesterday for one of the first times, because my wife has a chronic illness, lupus, which is activated by stress, badly. We had a really horrible episode … right before we moved to Florida. She wanted to be closer to her mother.”

Bongino lives in Palm City, which is in the northern fringes of South Florida, and he’s running for a Southwest Florida district that is nowhere near his home on the other coast of the peninsula.

What politician doesn’t exploit a family illness for personal gain?

Caputo doubled down. He told The Mirror that his heart goes out to Bongino and his family. But he also questioned why, if Bongino’s wife is ill, that the candidate would choose to campaign on the other side of the state from where he and his wife live.

“He was willing to disclose anything else, that I’m a loser and that I have diarrhea of the mouth, but when it came to that real and humanizing fact, he didn’t mention it then, he’s mentioning it now,” Caputo told The Mirror when reached by phone Wednesday. “I wish he brought this up. I can’t understand why he didn’t.”

Caputo continued, “If that’s true, my heart goes out for him. I hope she gets better. He and she are in my prayers. The timing is odd. But certainly I can understand why he sounded like a madman. That must be a tremendous amount of pressure. I do wonder if his wife is ill why he would choose to campaign on the other side of the state. I’m sorry. He and his family are in my prayers. It saddens me and I’m sorry to hear that.”

As much as Caputo doesn’t regret the exchange, Bongino did not try to walk back his f-bombs.

“Then he wonders why I had to drop a few f-bombs on him at the end,” Bongino told The Blaze, fully blaming Caputo for his behavior.

He told the pub he wishes he had cleaned up his mouth because he has young daughters: “But I tell you what, I don’t regret taking this guy to the woodshed one bit.”