Taibbi wrote a lengthy takedown of Schilling on Tuesday, in which he criticized the MLB legend for being the “leading candidate” among the “filterless, self-pitying dunces to carry the torch in Trump’s place” should he lose the election. 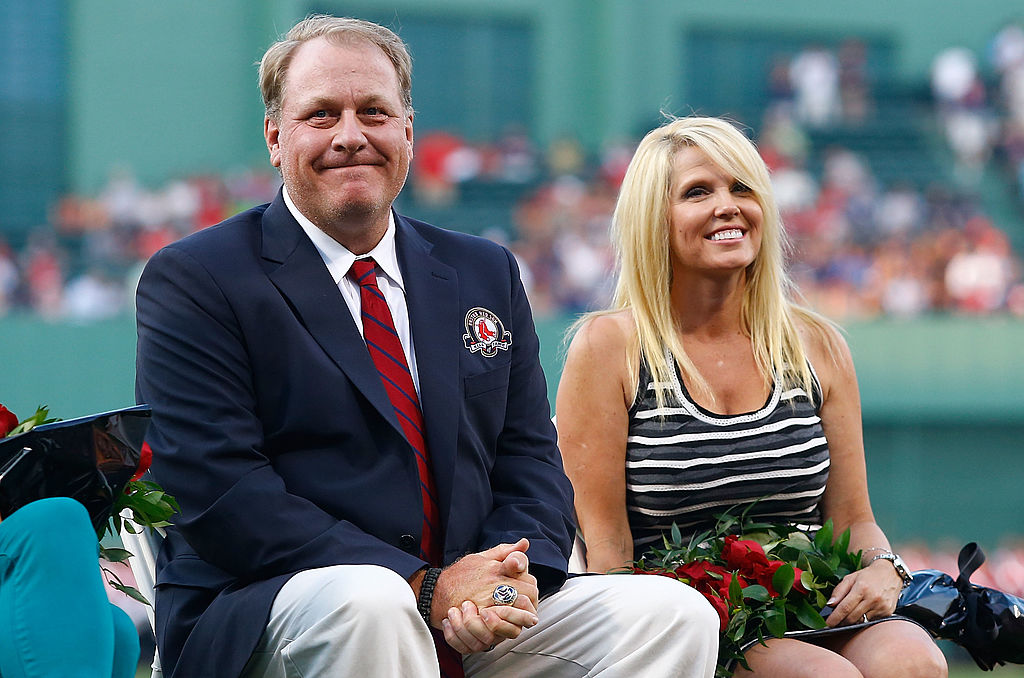 Curt Schilling sits with his wife, Shonda Schilling, while being inducted into the Red Sox Hall of Fame (Getty Images)

“[Schilling’s] story, maybe even more than Trump’s, is a parable on the comically comprehensive inability of some to recognize the advantages us white guys enjoy,” he wrote. “The Tale of Curt is definitely worth a laugh, but it will be a short laugh for some of us. Can’t-shut-up types like Schill are the reason white men will probably eventually have to be rounded up, at which point … they’re going to hold us down and fuck us in the ass forever. And we totally deserve it.” (AUDIO: Curt Schilling Wants To Take Elizabeth Warren’s Senate Seat) 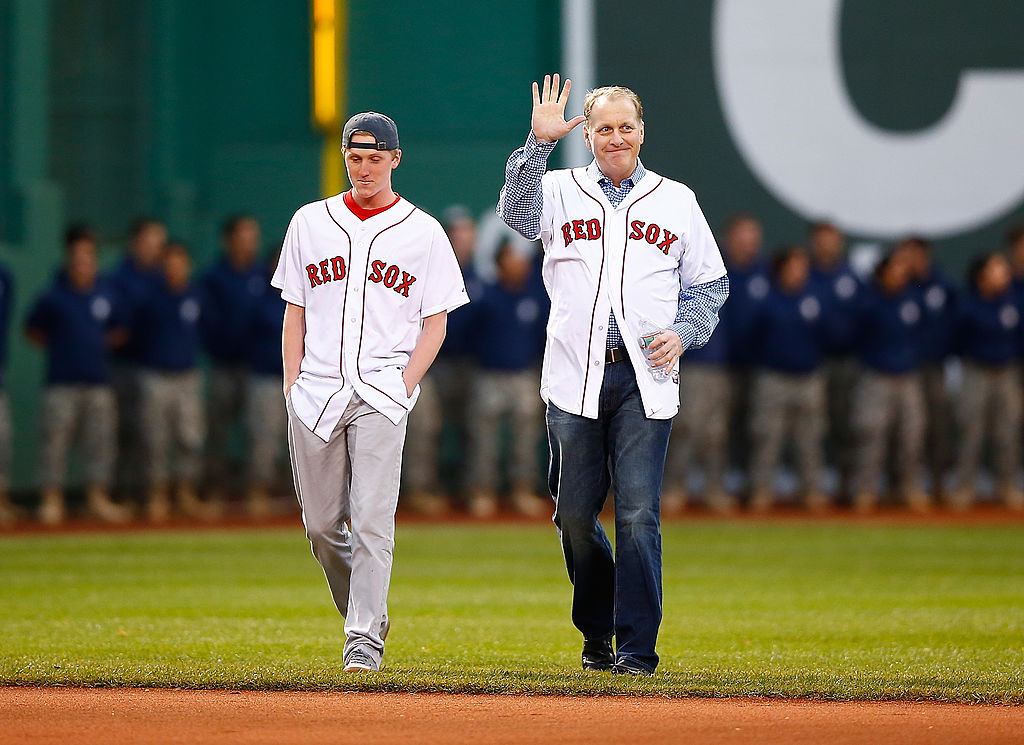 Curt Schilling is honored with son Garrett prior to the game between the Boston Red Sox and Atlanta Braves at Fenway Park on May 28, 2014 (Getty Images)

“After that, he fell back into the ESPN gig, which should have been easy money,” he continued. “But Curt couldn’t keep his job. As is usually the case with people who can’t hold on to gravy-train situations, the culprit was addiction. In Schilling’s case, it wasn’t booze or pills, but line-crossing political rants.”

“Schilling’s biggest political crime isn’t his ranting about subjects he knows nothing about, his insistence on arguing science with scientists, or his pathological touchiness about being labeled a racist even as he makes endless unprovoked sorties into explosive racial/ethnic controversies,” Taibbi notes. “No, the baffling thing is how miserable he is in the face of great fortune.”

“In this, he’s very much like Donald Trump, who spent much of his adult life partying with models and celebrities and somehow emerged in late middle age as the most obdurate complainer in American history.”

You can read the entire article over at Rolling Stone.

Support Curt Schilling by getting his book, “The Best Kind of Different”