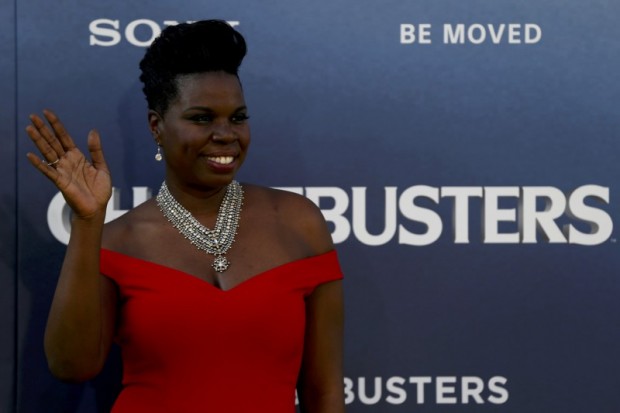 Why on earth? Such venom. I’m so sorry @Lesdoggg. It’s misplaced sadness and anger and you don’t deserve any of it. https://t.co/YvseMovx3K

Do not give your eyeballs to this racist, hate-filled, misogynoir crime. I #StandWithLeslie

.@Lesdoggg you are beautiful & talented & bring laughter into a world that desperately needs it. You are also my friend & I support you.

I was terrified when I did SNL. Leslie Jones went out of her way to be open, warm, friendly, funny all week. She is a GEM.

May many (more) bad things befall the cowards who’ve attacked my friend, @Lesdoggg. They are the worst of humanity, where she is the best.

Yo real talk though..LEAVE LESLIE JONES ALONE!!! She has done nothing to deserve the treatment these BUTT holes are giving her! @Lesdoggg

We’re with you @Lesdoggg, you are strong, the parents’ basement trolls are not.

Do me a favor? Please don’t share or view the Leslie Jones personal info/photos. Support Leslie by not supporting the assholes that did this

I truly don’t know why people are so hateful towards @Lesdoggg. Why? She’s talented and wonderful. Why are people so pressed to be awful?

FYI sharing stolen intimate photos like @Lesdoggg ‘s is illegal. You are participating in a sex crime.