Membership for SecondWife.com and its sister website Polygamy.com has surpassed 100,000 active users.

“In the last two months, the number of people visiting the Muslim polygamy website SecondWife.com has soared,” founder Azad Chaiwala wrote in a press release. “Meanwhile, its companion site, Polygamy.com, has enjoyed a similar increase in web traffic all thanks to the increasing demand for polygamous relationships.” 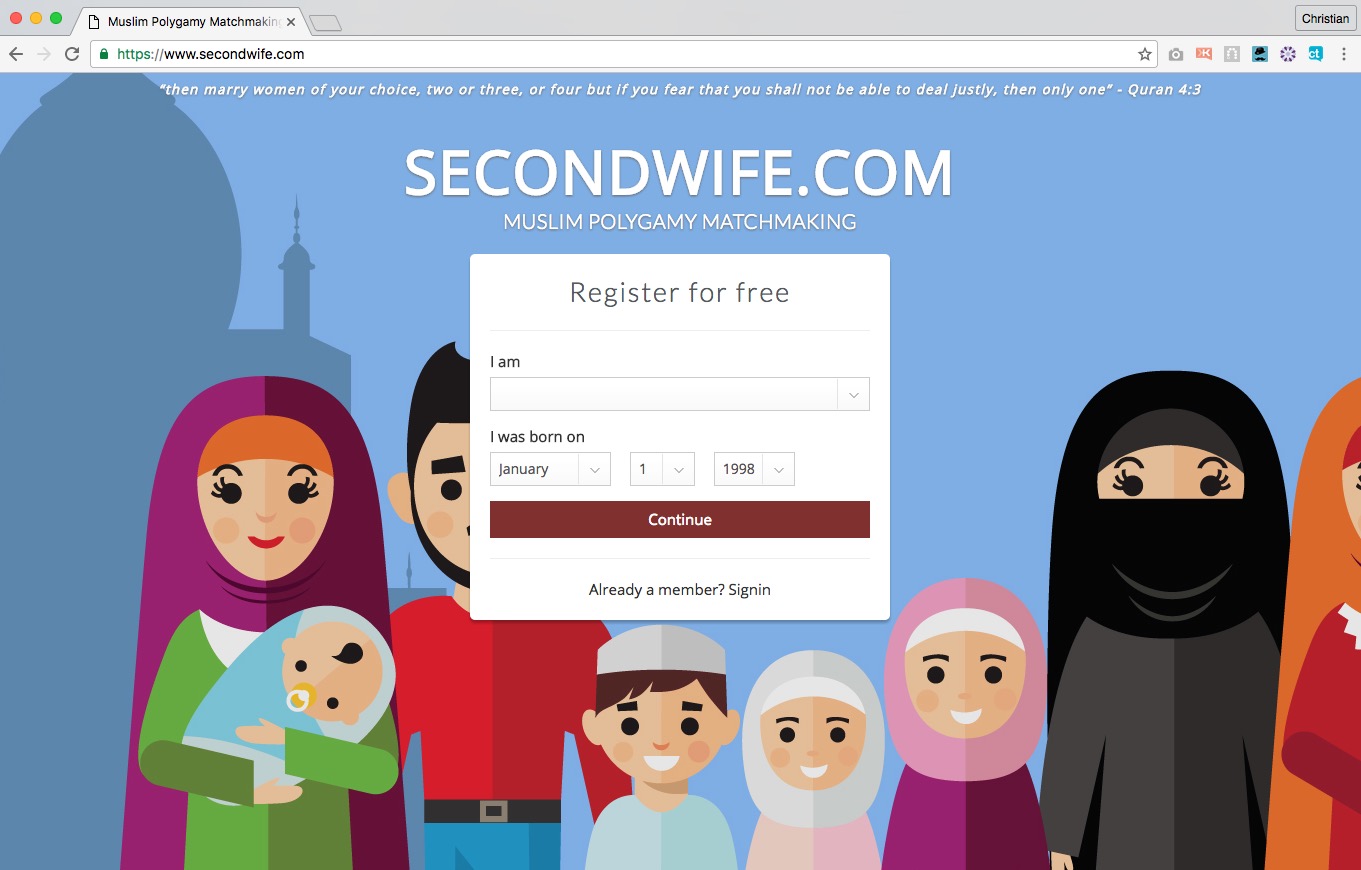 The page that greets new visitors to SecondWife.com (screenshot)

Despite receiving heavy backlash since launching his websites, “Chaiwala claims on both of his websites that he does not condone illegal activities.”

“He explains that men choosing to take a second wife can do so through purely religious ceremonies in mosques, churches, synagogues, temples or through any other spiritual institutions,” he wrote Thursday. “In this way, there is no conflict with current UK marriage laws as bigamy has not been committed.”

Chaiwala argues that polygamy is nothing more than an “unconventional marital arrangement becoming common” in Canada, American and the UK, just like gay marriage. 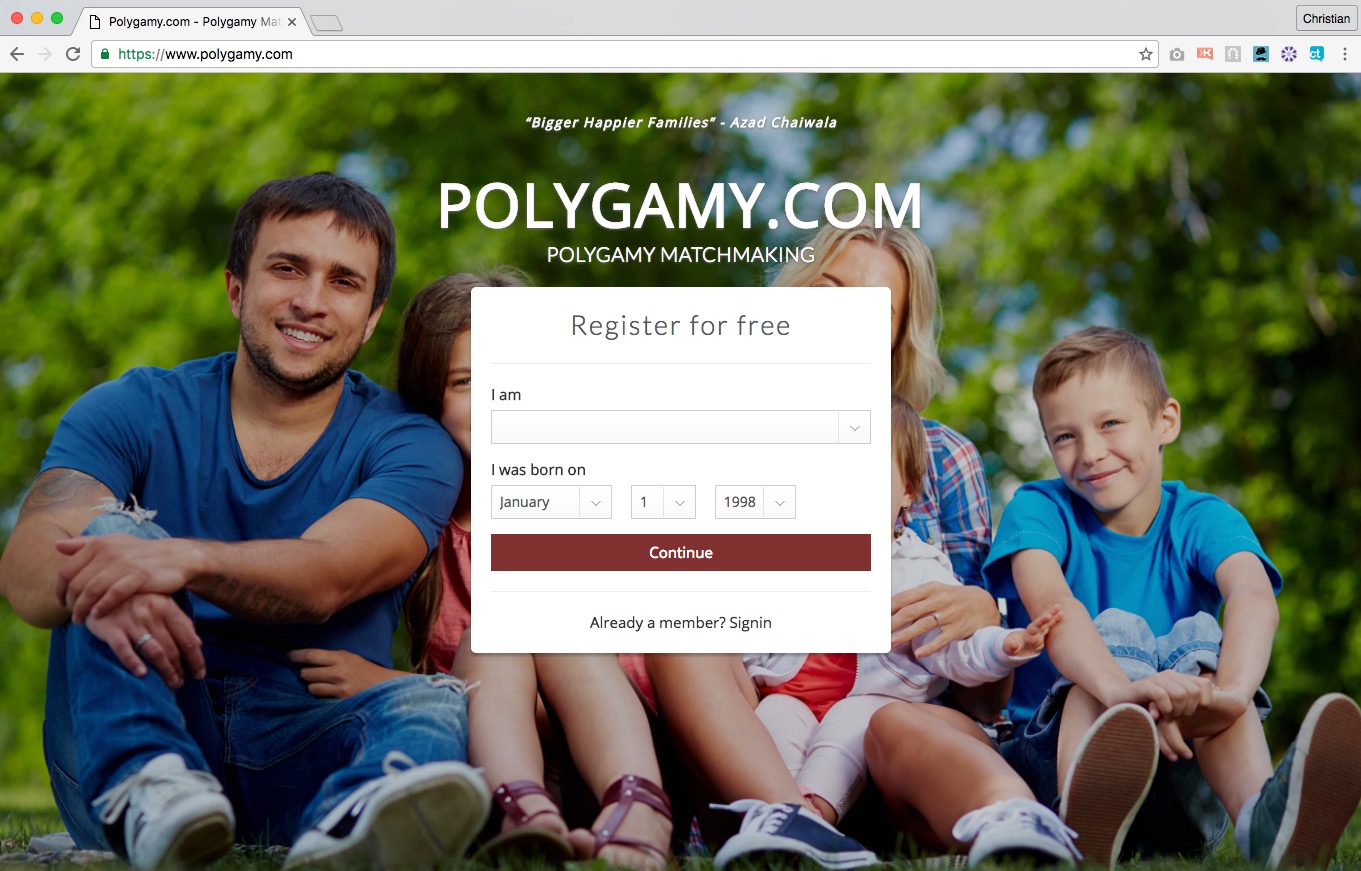 The screenshot that greets new visitors to Polygamy.com (screenshot)

Unlike gay marriage, however, polygamy has long been supported within Islam, and is a fundamental part of the heritage of other religions such as Christianity, Hinduism, Judaism, and Mormonism. Though many have turned their backs on the practice.

“With the way the wind is blowing, it comes as no surprise that SecondWife.com and Polygamy.com are enjoying such success,” wrote in closing.

1
Amy Klobuchar Reportedly Declined To Prosecute Officer At Center Of George Floyd Death
US
2
'If Anybody Needs To Be Fact-Checked, It's The Media': Kayleigh McEnany Unloads On Jim Acosta
Media
3
Trump's Approval Rating Achieved Something Unprecedented. Here's What It Means For November
Analysis
4
Armed Citizens Stand Guard Against Looters In Minneapolis
US
5
CNN Correspondent Arrested Live On-Air During Minneapolis Riots
Media