University of Pittsburgh fans created one of the most brutal T-shirts for a football rivalry ever seen for their game against Penn State.

The shirt created by The Point 412 simply says “Joe Knew,” which is a reference to the infamous rape scandal at Penn State involving assistant coach Jerry Sandusky. It has long been questioned how much former head coach Joe Paterno knew about Sandusky’s actions.

The backlash against the group selling was so intense that The Point 412 decided to pull the shirt before selling a single one. (PHOTO: Most Famous Girlfriend In College Football Takes Shot At Alabama Fans) 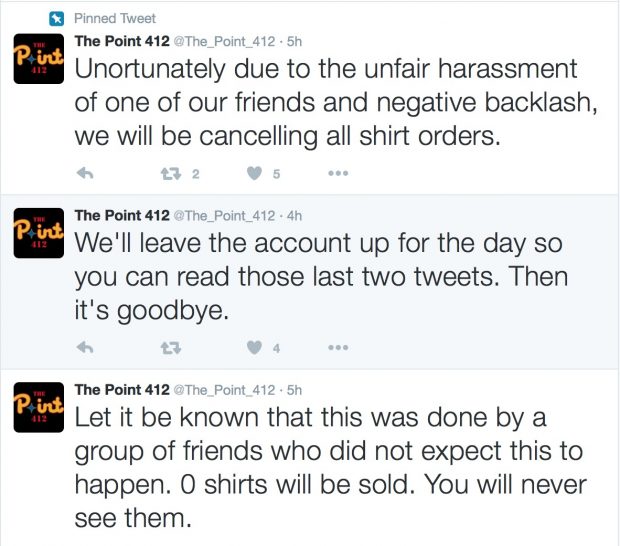 Paterno died shortly after he was fired from Penn State for his alleged role in turning a blind eye to Sandusky’s action. Sandusky is currently serving a prison sentence of up to 60 years for molesting young kids.