Many people still get their news primarily from the traditional liberal sources. Those outlets, after all, are huge. But while they claim to be nonpartisan, they have a very clear agenda: elect Hillary Clinton. How else can you explain the free pass they’ve given her for threatening national security with her email server (and then lying about it)? Or for letting her get away with refusing to give a press conference for the past 262 days (and counting)? The media has basically decided not to cover Clinton at all, instead devoting consecutive news cycles blasting Ryan Lochte, even though the USA Today continues to report that it was the Rio police – and not the swimmers – who aren’t telling the truth.

The liberal media sure has a lot of power. They get to determine who is a liar and who isn’t, irrespective of the facts. This is harmful to our society. America needs unbiased and unfettered journalistic outlets that uncover the truths the power brokers don’t want the people to hear.

That’s where alternative news sources like the Daily Caller come in. We have hardworking reporters who aren’t afraid to tell facts that upset the globalist elite.

But accountable journalism needs your help. Sites like the Daily Caller simply aren’t as big as left-wing behemoths like the New York Times and the Washington Post. You can support the Daily Caller by getting one of these limited edition T-shirts, available for one week only: 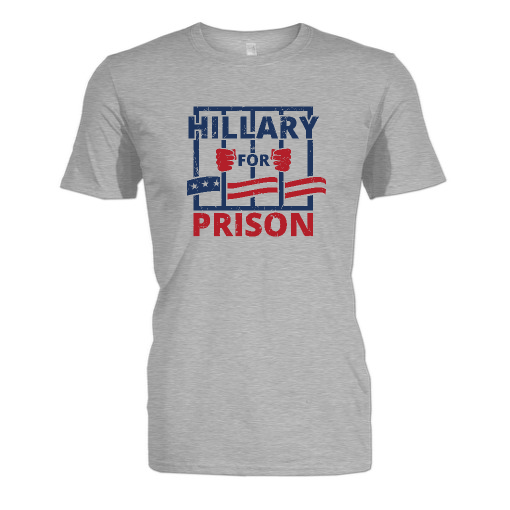 Proceeds from this shirt support Keeping Accountable Journalism Accessible To All

Somebody needs to do the media’s job and cover the news with journalistic integrity. The country’s future depends on it.