Seaman uploaded a lengthy video to YouTube early Monday morning explaining the reason behind his firing. 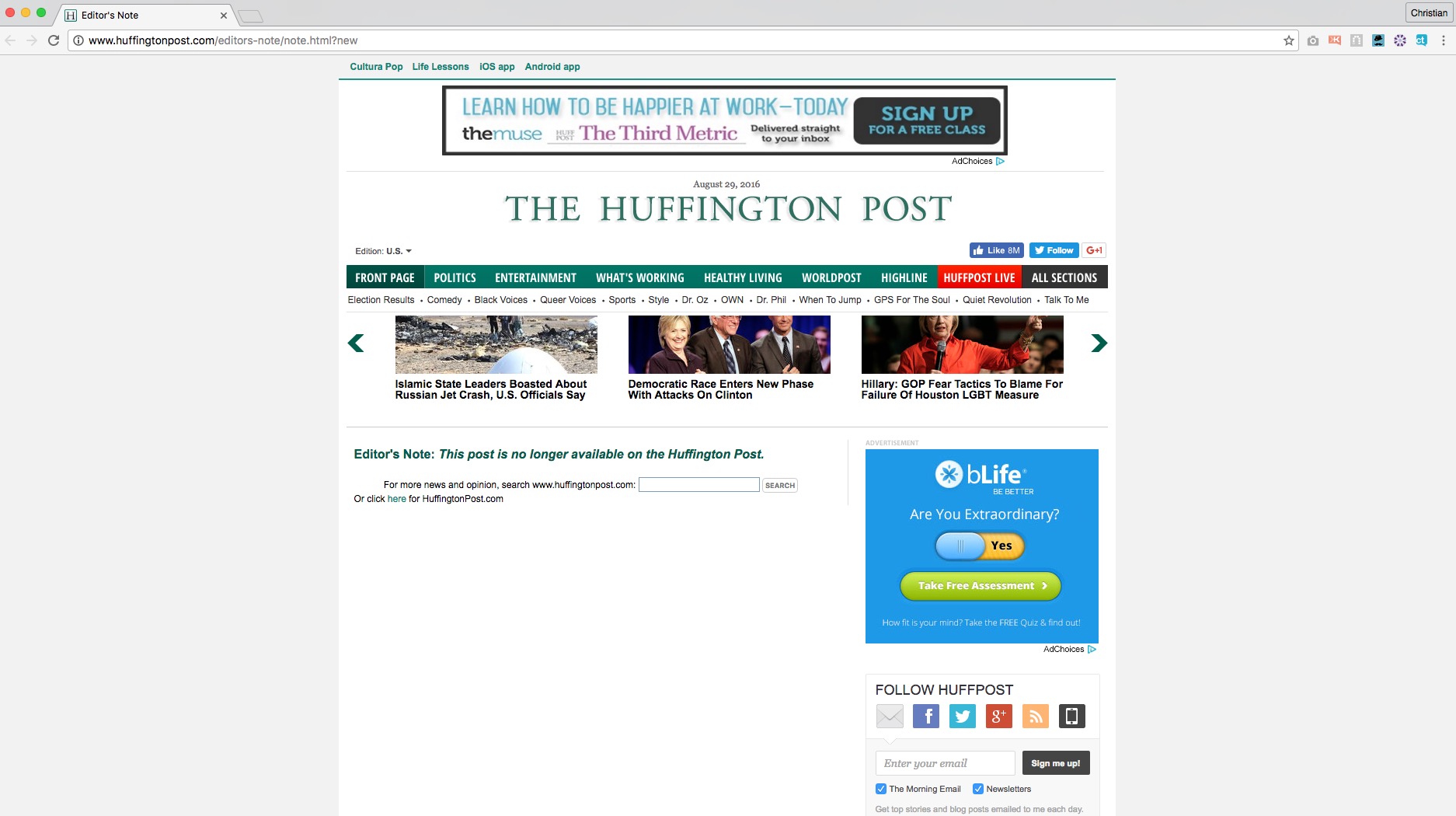 “I’ve written hundreds of stories, filed hundreds of stories over my years as a journalist and pundit, and I’ve never had this happen,” Seaman stated. “A couple of times in the past, I’ve had legal concerns with something I’ve reported on so there was discussion with something I’d reported on… but they didn’t simply delete the articles, make them disappear from the Internet and revoke my access.”

“I’ve honestly never seen anything like this, and this is happening in the United States in 2016,” he continued. “It’s frankly chilling. I’m a little scared.”

I’m doing this video right now to say I’m not suicidal, I’m not a clumsy person. I don’t own a car at the moment, I uber everywhere,” Seaman told the audience. “So if I am to slip in the shower over the next couple of days or something like that, we have to employ probability and statistics here, because I am not a clumsy person and I am not a depressed person.”

“I am a person who is spooked out though.”