Limbaugh noted that “it’s ironic that we have now a quarterback who was adopted and raised by a white family, who was scouted and signed by white scouts, was employed by white owners, the National Football League, decides now to steal the stage of the National Football League to make personal statements during the week he is about to be cut from the team because of his inability to play.” (REPORT: 49ers Likely To Cut Kaepernick)

“I’ve warned everybody that the politicization the left has engaged in and this anti-American, transform America, America’s unjust, America’s immoral, I have been trying to sound the clarion for eight years about what we are headed for,” he continued. “We’re smack-dab in the middle of it now.” 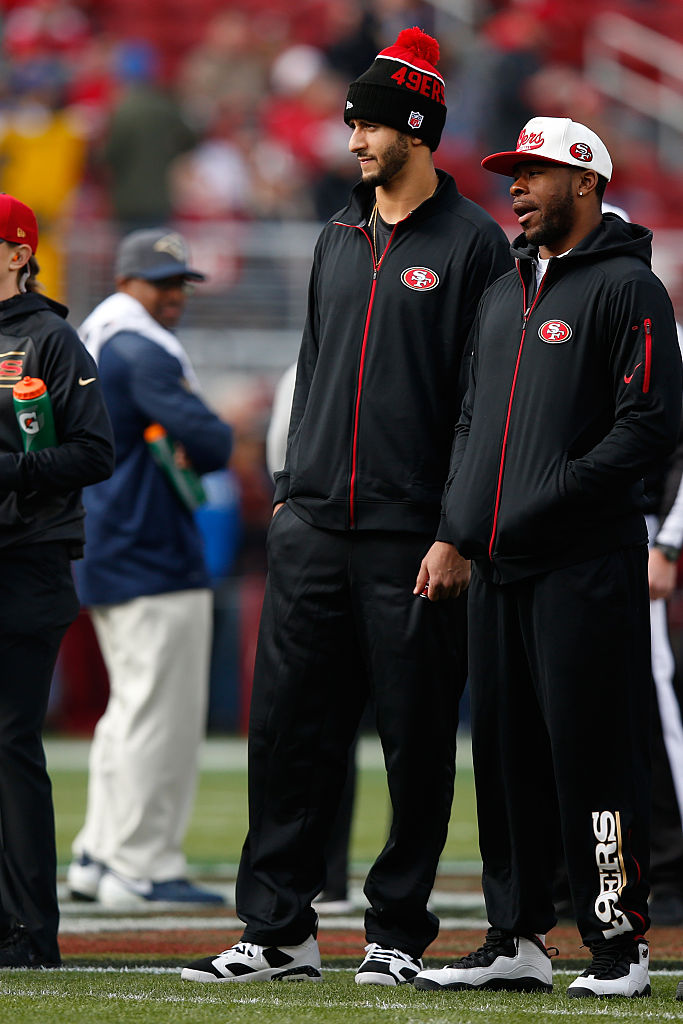 Colin Kaepernick stands on the sidelines during the San Francisco 49ers’ game against the St. Louis Rams at Levi’s Stadium on January 3, 2016 (Getty Images)

Limbaugh went on to criticize the NFL and NBA for allowing players like Kaepernick to use their platform to make liberal, politcial statements while silencing conservative messages.

“While he can do that, while the St. Louis Rams players can run onto the field with their hands up mimicking ‘hands up, don’t shoot,’ the Dallas Cowboys were denied by the National Football League their request to put a sticker on their helmets this season to honor the five police officers killed in Dallas,” he continued. (RELATED: NFL Denies Cowboys’ Decal Honoring Dallas Police)