“There are political issues that one can see coming but don’t really register with people at that certain moment,” she explained. “In Germany we ignored both the problem for too long and blocked out the need to find a pan-European solution.” 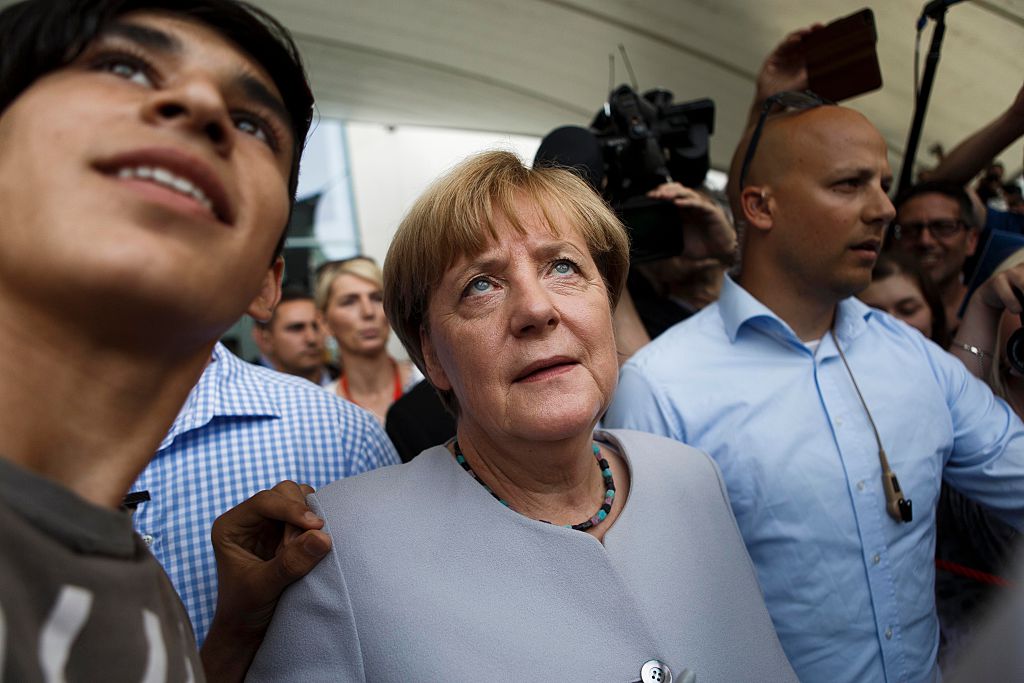 A visitor takes a selfie with German Chancellor Angela Merkel during the annual open-house day on August 28, 2016 in Berlin, Germany (Getty Images)

“We didn’t embrace the problem in an appropriate way,” she added. “That goes as well for protecting the external border of the Schengen area,” the European Union’s passport-free zone.

Despite openly criticizing her own handling of the situation, Merkel reiterated that it is important not to equate refugees with radical Islamic terrorism.

“It’s simply incorrect to say that terrorism came only with the refugees. It was already here in myriad forms and with the various potential attackers that we have been watching.” (RELATED: German Military May Be Infiltrated By Dozens Of Islamist Extremists)