Bill Clinton has a great idea for what to do with the 10,000 Syrian refugees the Obama Administration has admitted into the country.

Send them to Detroit.

The former president made his suggestion speaking at the Clinton Global Initiative in February, yet Breitbart notes the comment was largely unreported at the time.

“This is an enormous opportunity for Americans,” Clinton explained. “Detroit has 10,000 empty, structurally sound houses — 10,000 — and lot of jobs to be had repairing those houses.” (RELATED: White House Celebrates: We Admitted 10,000 Syrian Refugees — Ahead Of Schedule!) 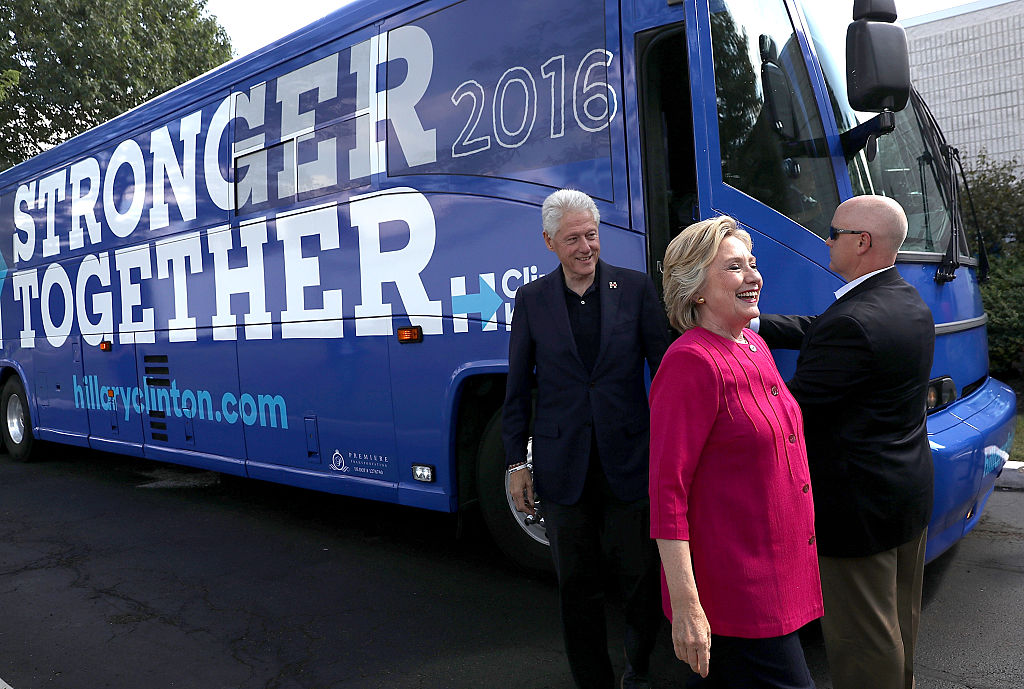 Hillary Clinton and her husband former U.S. President Bill Clinton walk off of their campaign bus before a rally in Hatfield, Pennsylvania (Getty Images)

“I think any of us who have ever had any personal experience with either Syrian Americans or Syrian refugees think it’s a pretty good deal.”