Facebook’s trending news section, which was accused of censoring conservative news, was managed by a staff full of liberal employees.

The social media company has fired the 15-18 employees who worked on trending news, in an attempt to replace any possibility of bias with an algorithm. Gizmodo reported in May that Facebook “news curators” buried conservative stories. This caused Republican South Dakota Sen. John Thune to send a letter to Facebook inquiring about its trending news section. “Any attempt by a neutral and inclusive social media platform to censor or manipulate political discussion is an abuse of trust and inconsistent with the values of an open Internet,” Thune wrote.

Facebook denied the charges in Gizmodo’s article and claimed to have a staff with diverse opinions.

“Diversity in all its forms — including ideological — is one of our core values, and we believe that adding voices to the conversation creates a richer and more vibrant community,” Facebook’s general counsel wrote in a letter to Thune.

Research into the Facebook trending team provided to The Daily Caller by the investigative group Wesearchr shows little diversity on the news curation team. The team instead included employees that have bashed Trump, supported Black Lives Matter and said “hateful actions, contrary to popular thought, are not protected by ‘free speech.'”

Benjamin Wagner, a managing editor, wrote on his blog on Jan. 11, 2007 that “the Bush Administration is the most dangerously inept group of politicians in the history of this country.”

In that same post, in which he commented on a speech Bush gave, he quoted the former president saying, “It is the decisive ideological struggle of our time.” Wagner then commented, “Is it? Christianity versus, what? Dark skinned, tan guys in turbans? Guys with oil? Guys who talk funny?”

He later added, “What is an ‘extremist,’ exactly?”

Talia Ralph, a former news curator at Facebook, tweeted on Oct. 16, 2012, “Romney on Immigration. Fighting the urge to scream loudly.” She has several other tweets that show she is no fan of Republicans. 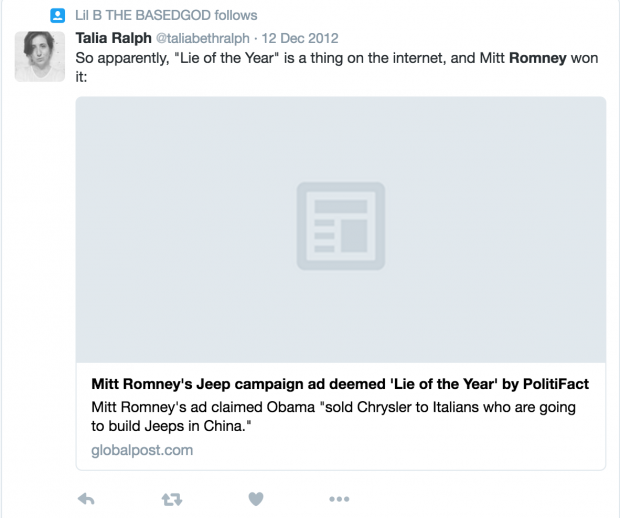 Chris March, worked at Facebook as a contracted news curator, in response to a hot dog shop closing down he tweeted, “NO. Between Trump and this, I literally cannot handle all the horrible news this week. NO.”

The Facebook news staffers weren’t exclusively haters of the GOP. After he left Facebook, Benjamin Fearnow, a former news curator, wrote on Twitter, “Even as a Bernie supporter, you have to admit #Trump is right on NAFTA, TPP and Clinton’s highly unsuccessful warhawk past…”

Kay Nguyen, a former content curator, tweeted out an opinion article that would suggest she is no fan of Trump. It said, “We cannot forever huddle fearfully behind high gray walls. That is not the America I know. Instead, let us celebrate our diversity that makes us strong.”

Erika Benton-Martin, a former search ranking analyst with the Facebook trending team, wrote on Twitter that “Trump’s stance on violence at rallies varies by the paint job of the offender.”

She did not seem happy with either Trump or Clinton being the major party nominees. Benton-Martin said, “between Trump and Clinton, it’s like…pick your poison.”

When Monica Flores, a former content curator at Facebook, went to Williams College she wondered in a school newspaper, “Why doesn’t the Office of Admissions accept submissions from undocumented students?” She also was the signee of a letter that said, “Hateful actions, contrary to popular thought, are not protected by ‘free speech.'”

Several other other news employees showed support for gay marriage on their social media profiles.

Correction Sept 1. : Allie Townsend is a managing editor with Facebook communications not their trending news team.