ABC’s “Good Morning America” will have a live Audience when Michael Strahan joins the show full-time in September, Variety reports.

“We are always looking to make the show more informative, more interesting, more entertaining to our viewers,” Michael Corn senior executive producer of “GMA” said in an interview with Variety.

Starting next Thursday, the hosts will move to a new set of the Times Square studio in the last half hour of the show where an audience of 100 people will become part of the show, Corn said. (RELATED: Michael Strahan Makes His First Post-‘Live’ Appearance On GMA)

George Stephanopoulos, Robin Roberts and Strahan will start the “GMA” show and in the program’s second half they plan to utilize Lara Spencer and Strahan with the live audience members. 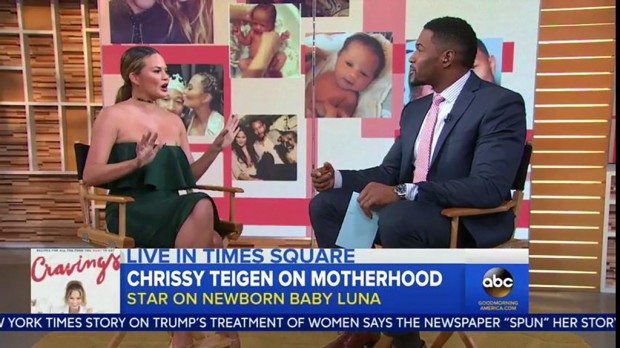 “It’s a little more news you can use, a little more lifestyle, and those are the subjects that lend themselves to a live audience,” he said. “With an audience, it’s a lot looser in terms of how we can use our anchors.”

With the new live format, ABC hopes it will allow the “GMA” hosts to connect with the audience and thereby create more energy on the show.

Strahan joins the morning show full-time on Sept. 6, after leaving “Live with Kelly and Michael” earlier this year.