“We know Anthony Weiner has a problem besides being a DOG.”

“I don’t think his heel is his problem.” — CNN’s Anderson Cooper on Monday night when a reporter suggested that Anthony Weiner has an “achilles heel” when it comes to sexting.

Some advice for Huma: STAY OFF SOCIAL MEDIA

“Note to #Huma: don’t read this or look at Twitter today. To everyone else: move on peeps let the woman live her life. #ImWithHer.” — Hilary Rosen, CNN contributor, Hillary Clinton supporter.

Anonymous text to The Mirror: “Seriously wtf is wrong with Anthony Weiner?”

MSNBC anchor tries to distance Weiner from the Clinton campaign

“Can’t believe this has to be said, but Anthony Weiner is not involved in the Clinton campaign. He’s a senior staffer’s (dumb) spouse.” — Joy Reid, MSNBC.

“In dividing with Abedin, Anthony Weiner brings us all together in mutual loathing.” — USA Today.

Windsor Mann, who wrote the USA Today column, goes on saying, “Abedin, Hillary Clinton’s top aide, has decided to break up with her husband after he proved beyond all reasonable doubt that he loves his crotch more than he loves his wife.”

Mann is editor of The Quotable Hitchens: From Alcohol to Zionism–The Very Best of Christopher Hitchens.

“Having covered child welfare in New York City– and now what I’m going to say is probably a little bit controversial. I covered child welfare and foster care in New York City. That kind of thing would, in a low-income family, prompt a child welfare investigation. I mean that bringing a kid and having a kid even peripherally involved in anything like that is absolutely stomach-churning. And I think we’ve gone from this being funny to this being pathological and really, really creepy.” — Politico’s Glenn Thrush on Hugh Hewitt’s radio show as reported by Mediaite‘s Alex Griswold.

“I have never hear the term “alt-right” until today. Who coined it? How does you know if you’re in it?” — Emily Miller, reporter, America One News, last week.

“I’m glad. No one deserves to be saddled with a schmuck like that.” — Emily Nussbaum, TV critic for The New Yorker.

“Anthony Weiner isn’t funny or entertaining anymore. He’s just pathetic.” — WaPo‘s Chris Cilizza, who writes an expected but thoughtful column about how being a father makes the Weiner scandal no longer tolerable. See the headline below. Read his story here.

“I hadn’t checked the messages on my public Facebook account for a while but the most recent is someone hoping I get raped. Thanks!” — HuffPost‘s Elise Foley.

NYT‘s Charles Blow wants viewers to pray for him

“Abt to go on @CNN to talk Trump. Pray for me… #PeaceBeStill #JesusBeAHedge” — NYT‘s columnist Charles Blow.

In other Weiner news…

“Feds are investigating under aged communication Weiner had with at least two girls. Spread the word.” — GotNews‘ Charles Johnson.

John Dickerson is in search of high brow folders

“Friends, One of the young students in the house is looking for folders for the six classes this year. They need to be not plastic and flimsy and cheap and sucking the soul out of all who are forced to collect their wilted papers in them. They migth have a sort of Field Notes aspect to them — good stock with a hint of antiquated craftsmanship. Does anyone have any suggestions?” — CBS “Face the Nation” host John Dickerson.

Newsbusters wins the insightful message of the day award 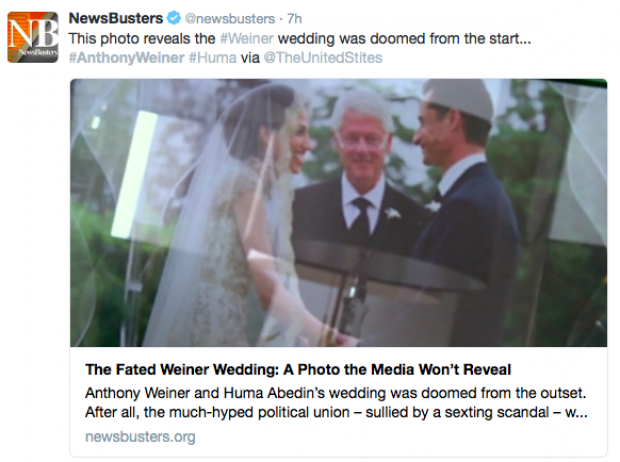 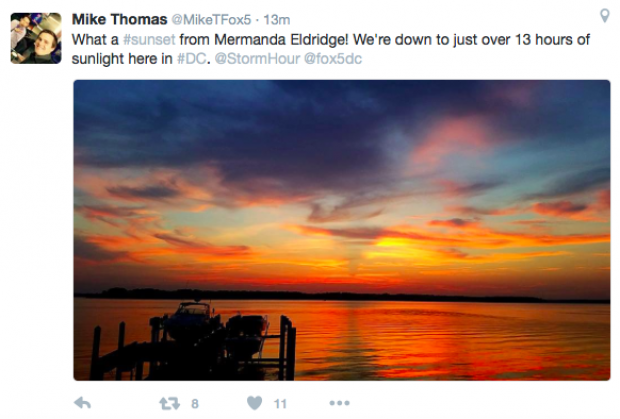