Chris Brown has been released from Los Angeles county jail after posting $250,00 bail.

On Tuesday night, the 27-year-old singer was arrested on suspicion of assault with a deadly weapon following a prolonged standoff with police outside his home in Los Angeles, after a woman called police saying the singer had threatened her with a gun, according to People magazine. (RELATED: Chris Brown Arrested For Assault With A Deadly Weapon) 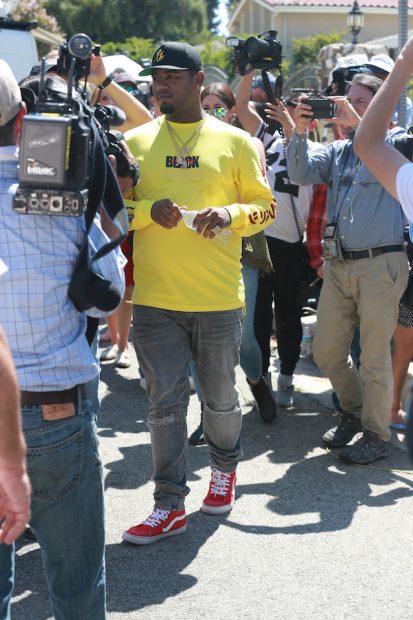 The singer’s attorney Mark Geragos posted a message on his Twitter account early Wednesday morning that Brown was out and that the allegations against him are false. (RELATED: Police Have Surrounded Chris Brown’s House And He’s Refusing To Come Out)

“Thanks to everyone for their support and well wishes. Chris is out and well. The allegations against him are demonstrably false #TeamBreezy,” Geragos wrote.

Thanks to everyone for their support and well wishes. Chris is out and well. The allegations against him are demonstrably false #TeamBreezy

The arrest follows a 10-hour police stand-off at the singer’s home Tuesday morning. Brown refused to come out of his home and posted a series of videos on his Instagram account demanding police get a warrant and declaring his innocence.

Earlier in the day police also retrieved a gun and other weapons and drugs after Brown threw a duffel bag out the window of his house and yelled at the police to come and get him, according to another report.

Brown is scheduled to appear in court on Sept. 20 to deal with the charges.