“So I’m just not that into #anthonyweiner boring underwear. #meh” — Jimmy Williams, host, DecodeDC, a news site and podcast about D.C. and politics for people outside the beltway.

“That time I was 26yo, got on a train from NYC to DC only to have my boss (who is sitting behind me) tell me to go to Mexico. cc: @meganmurp.” — Bloomberg‘s Kevin Cirilli.

“Don’t mind me, just walking around my apartment smelling all of the books. Got to sniff out some adjectives for an essay.” — Rachel Vorona Cote, contributor, Jezebel.

“Admire the reporters, but Weiner being a putz doesn’t cast a ‘shadow’ on Clinton campaign, it casts a shadow on him.” — Politico‘s Glenn Thrush commenting on a story by the NYT.

The graph he’s referring to:

“Now, Mr. Weiner’s tawdry activities may have claimed his marriage — Ms. Abedin told him that she wanted to separate — and have cast another shadow on the adviser and confidante who has been by Mrs. Clinton’s side for the past two decades. Ms. Abedin was already a major figure this summer in controversies over Mrs. Clinton’s handling of classified information as secretary of state and over ties between the Clinton family foundation and Mrs. Clinton’s State Department.”

Charlie Hurt: Weiner may be able to survive this

“Really is true! Pols really can survive anything — except getting caught in bed w dead woman or live boy!” — TWT‘s Charlie Hurt, linking to a NYP story on Weiner “knowing his marriage was busted.”

“Just woke up from a vivid dream where I and a couple others were helping George Stephanopoulos and his tall, blonde Swedish girlfriend move into their unfurnished New York City penthouse apartment. I was secretly jealous of his art collection and his fancy modular Swedish furniture, but, frankly, I have a better book collection than George does.” — John Edgell, Obama Administration, legislative officer.

“Cried at the Scandal scene where Cyrus describes all the things he knows about Fitz and how he mispronounced a word 17 yrs ago in a debate.” — Caitlin Frazier, social media, The Atlantic.

“Donald J. Trump is on his third marriage. No one needs his advice on how to conduct themselves in a marriage. It’s offensive and out of bounds. I don’t want my President talking like this.”  — Hilary Rosen, CNN contributor. 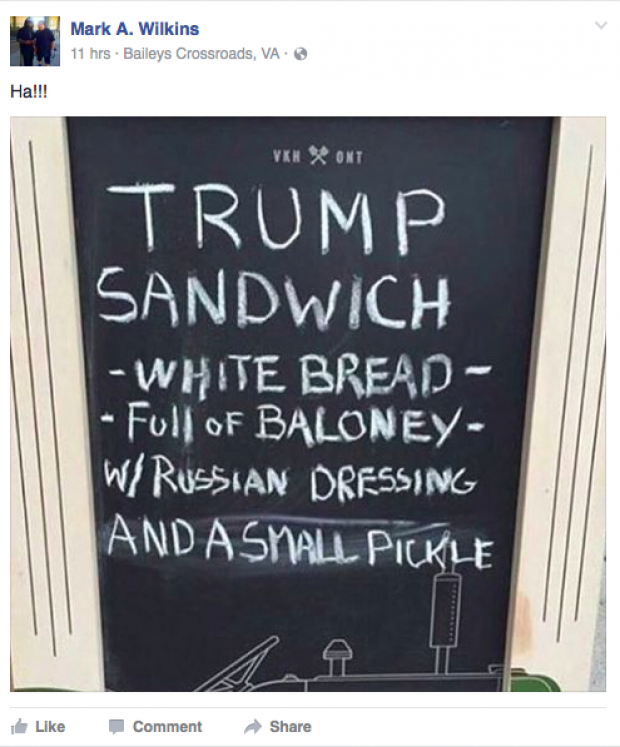 Ben Shapiro: Take a look in the mirror! 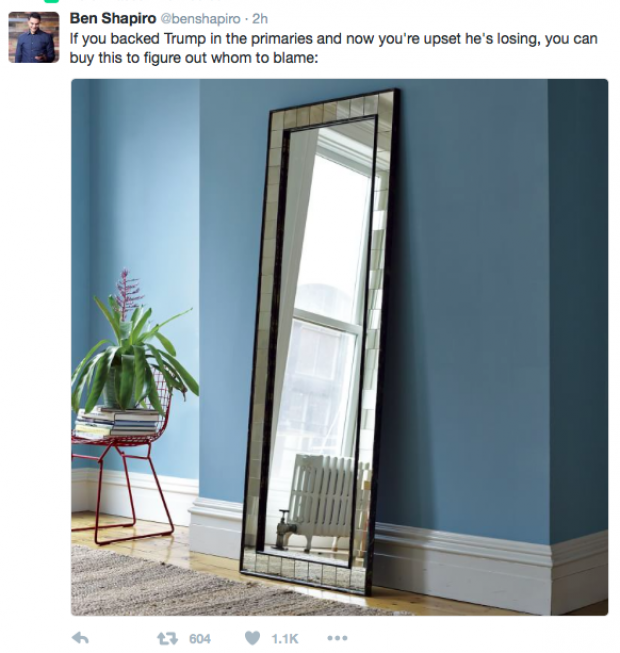