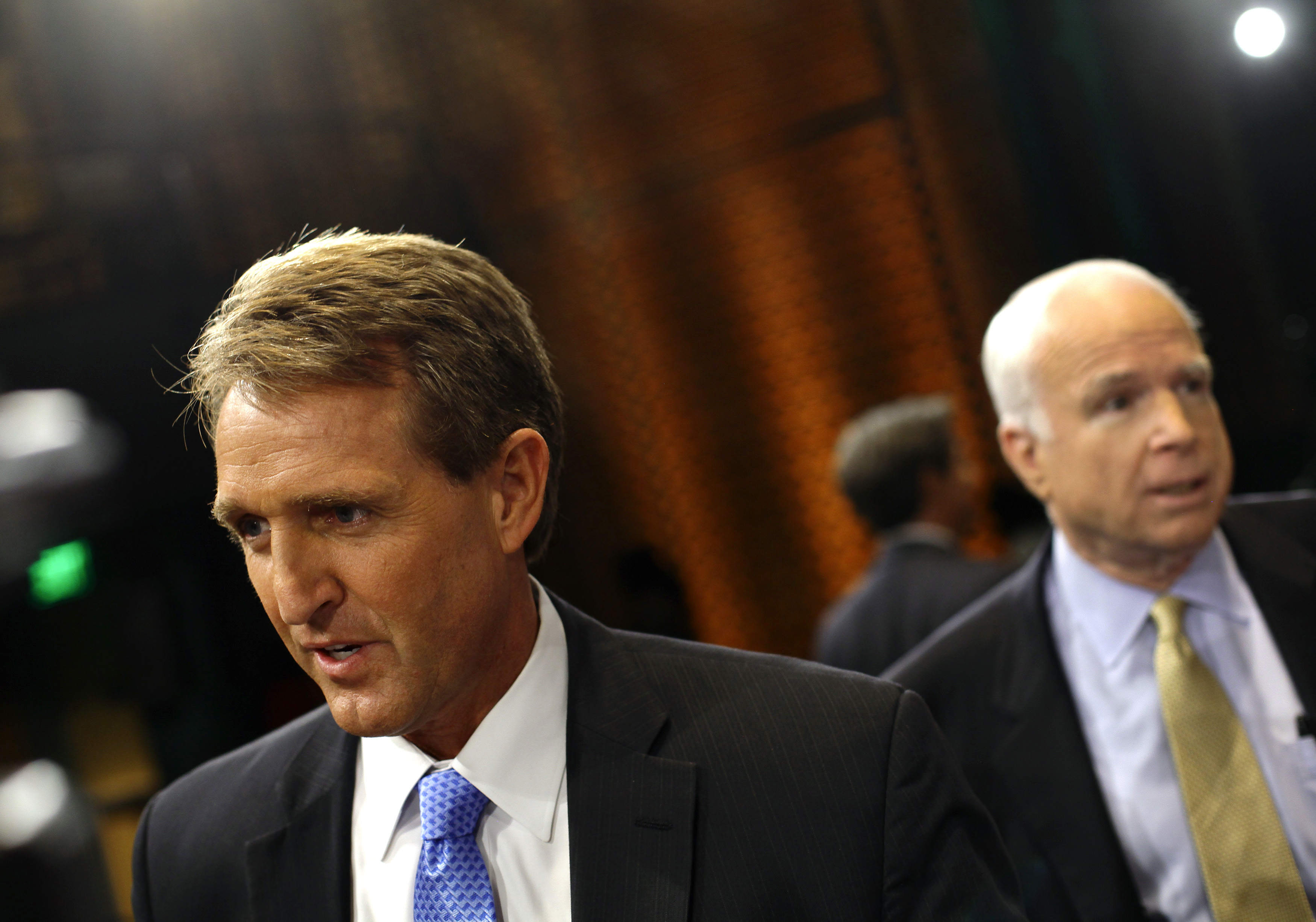 “To tell him that those crossing the border aren’t the worst, they aren’t rapists. This is a complicated issue,” the Arizona senator continued. “It’s an important partnership that we have, and we’ve got to get serious and not just throw platitudes about some wall and making Mexico pay for it.”

“I’m glad he’s going, and I think he’ll be disabused of the notion that you can just say things like that without consequence. ”