The Internet went wild when Tom Brady debuted a new haircut this week.

As the New England Patriots quarterback addressed reporters at a press conference for the last time before his four-game suspension begins, no one was talking about his suspension — because they could only focus on his hairstyle.

Barber: What you want?
Brady: Do you like Good Will Hunting?
Barber:Say no more, fam. pic.twitter.com/fJdPrQ0enX

Tom Brady got his hair cut like a 90's Power Ranger. pic.twitter.com/AAjgguuA4O

Tom Brady got his hair cut like a 90's Power Ranger. pic.twitter.com/AAjgguuA4O

There's a reason I've not commented on Tom Brady's new hair do. #hairdont

Tom Brady hair slander will not be tolerated.

Is it just me or does Tom Brady's current hair look like he's ripping off Zach Morris from Saved by the Bell?

During the press conference, Brady was asked who he thought would fill his void while he was gone. 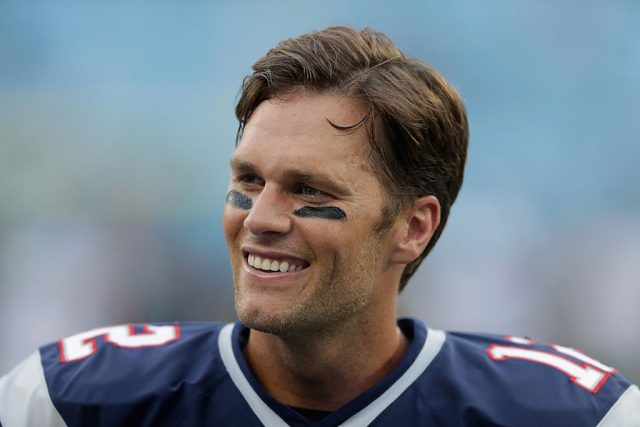 “We’ll go out and play with a lot of energy and emotion [like] we always do. It will be tough to watch but it will be fun to watch in some ways to see what it looks like when you’re not there. That’s a different perspective. Hopefully I can use that perspective and then come back with better perspective saying, ‘Wow, I really noticed some things that maybe I wouldn’t have seen had I been there.’ So that’s kind of what I’m going to try to do.”