“Facebook deleted my post and suspended my account under the veil of ‘hate speech.’ This could not be more false. The post was meant to call out the vile and tasteless rhetoric the Left has directed my way after ripping into Colin Kaepernick for his questionable decision to sit out of the National Anthem and my recent op-ed in TIME supporting Trump,” the 14-year-old Pearson told The Daily Caller in a statement. “Instead of targeting those on the right who call out speech, Facebook should target the offenders. Which, in this case, was a former legislative aide to a New York Democrat Assemblywoman.” 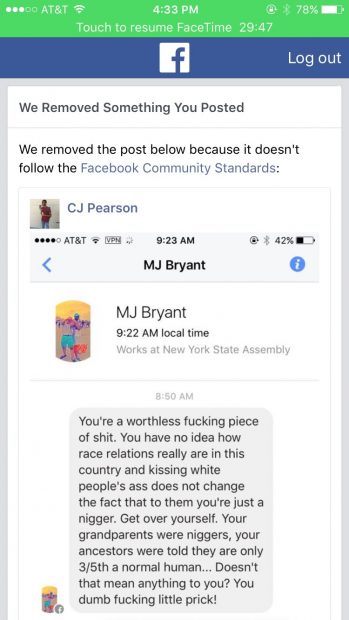 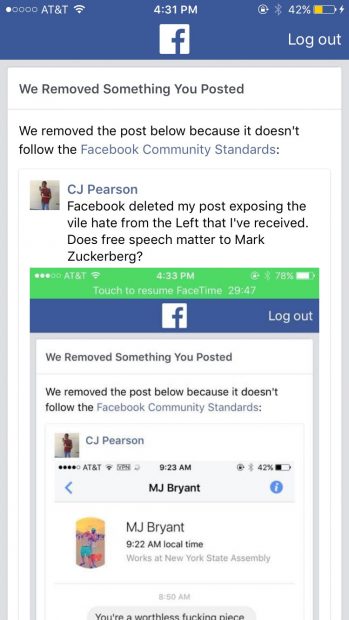 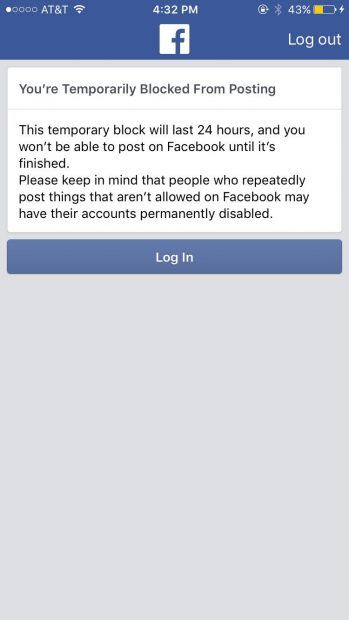 A Facebook spokesman told TheDC, “The post was removed in error and restored as soon as we were able to investigate. Our team processes millions of reports each week, and we sometimes get things wrong. We’re very sorry about this mistake.”

Pearson told TheDC his account was still suspended as of 3 p.m., but was restored later Thursday. The teen gained prominence last year as a supporter of Republican Texas Sen. Ted Cruz, he then backed Vermont Sen. Bernie Sanders and now is a Trump supporter. He was caught lying about being blocked by President Barack Obama on Twitter last year as well.