Milwaukee police made Democratic State Rep. Jonathan Brostoff eat a concrete sandwich, by his telling, while he was handing out gum and trying to bring calm to a disorderly crowd. The incident took place late Tuesday night in the same area where a black police officer killed Sylville Smith, a black man, Aug. 13.

Rioting ensued after the shooting, and later, activists put up a memorial at the location.

The neighborhood had been buzzing with dozens of people Tuesday night and police came to disperse the gathering after residents complained about the crowd being hostile.

Several arrests made by @MilwaukeePolice of uncooperative persons in the area of 44th and Auer Avenue.

Brostoff explained in a Facebook statement that he had seen the crowd begin to leave, but he wanted to talk to a few remaining stragglers.

“I noticed that I hadn’t met these folks yet, so I walked over, offered them gum (everyone loves a good chew) and started engaging with them,” Brostoff wrote. “I asked questions, got some policy ideas and started the important process of relationship building.” 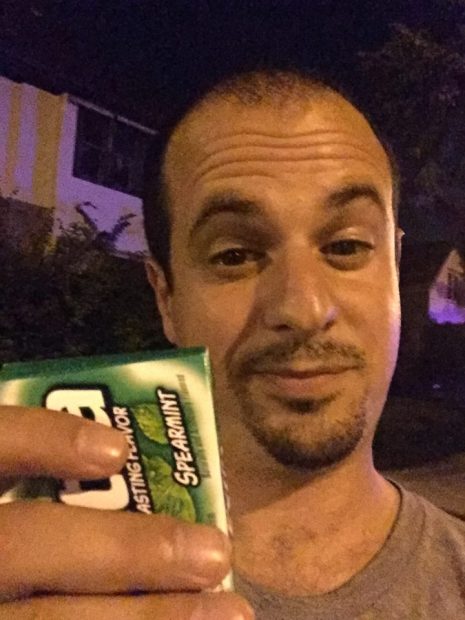 Police asked them to move and then took down a friend of Brostoff’s from the ACLU, placing the individual under arrest. Brostoff started filming and that’s when he was thrown to the ground too.

“I saw my friend get taken down in a very violent manner. I went to go record it, and I took out my phone and started recording and I was kind of tossed to the ground and you saw me with my face on the concrete,” he told FOX6.

Brostoff was placed in a police wagon and later released once the cops realized who he was.

“Though I was very calm and compliant the whole time, I also have the privilege of being an elected official,” he admitted.

A total of 10 people were arrested Tuesday night and early Wednesday.

Brostoff said he has been working with various community leaders for weeks to ease some of the tension plaguing Milwaukee.