A member of the Clinton Foundation’s board of directors appeared naked in the April 1979 issue of Playboy magazine and has a Ph.D. from a distance-learning, for-profit college with exactly zero actual classrooms.

Saban was married to a deejay going by the name Bobby Ocean in the late 1970s when she embarked on a career as an aspiring disco singer named “Flower.”

Here are those nude photos: 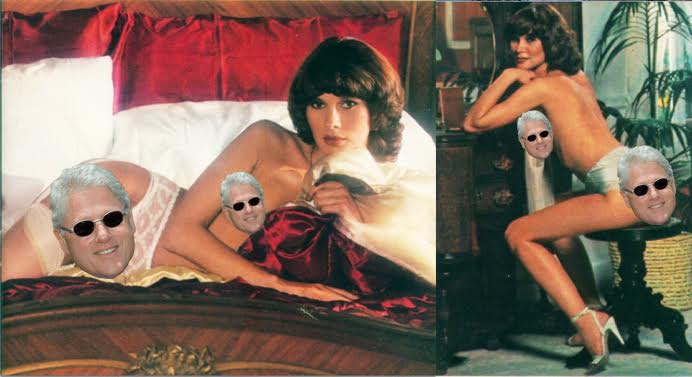 By the way, Clinton Foundation board member Cheryl Saban’s boogie-down work as “Flower” appears to be available on YouTube here.

Also, Playboy’s playmate of the month in April 1979 was Missy Cleveland, a perky blonde whose turn-ons include “beautiful sunsets” and “down-to-earth people,” and whose turn-offs include “smog” and “red meat.” (Favorite TV shows: “Mork and Mindy” and “The Evening News.”)

In 2009, Saban’s current husband, billionaire Haim Saban, was the Democratic Party’s biggest single donor, according to Tablet, an online magazine.

Haim Saban is also among the largest donors to Hillary Clinton’s 2016 presidential campaign, according to a February report by AlterNet.

Saban met Haim when he hired her as his assistant after placing an ad in The Hollywood Reporter.

Here is a screenshot of a webpage at the Clinton Foundation website listing all 10 members of the board of directors: 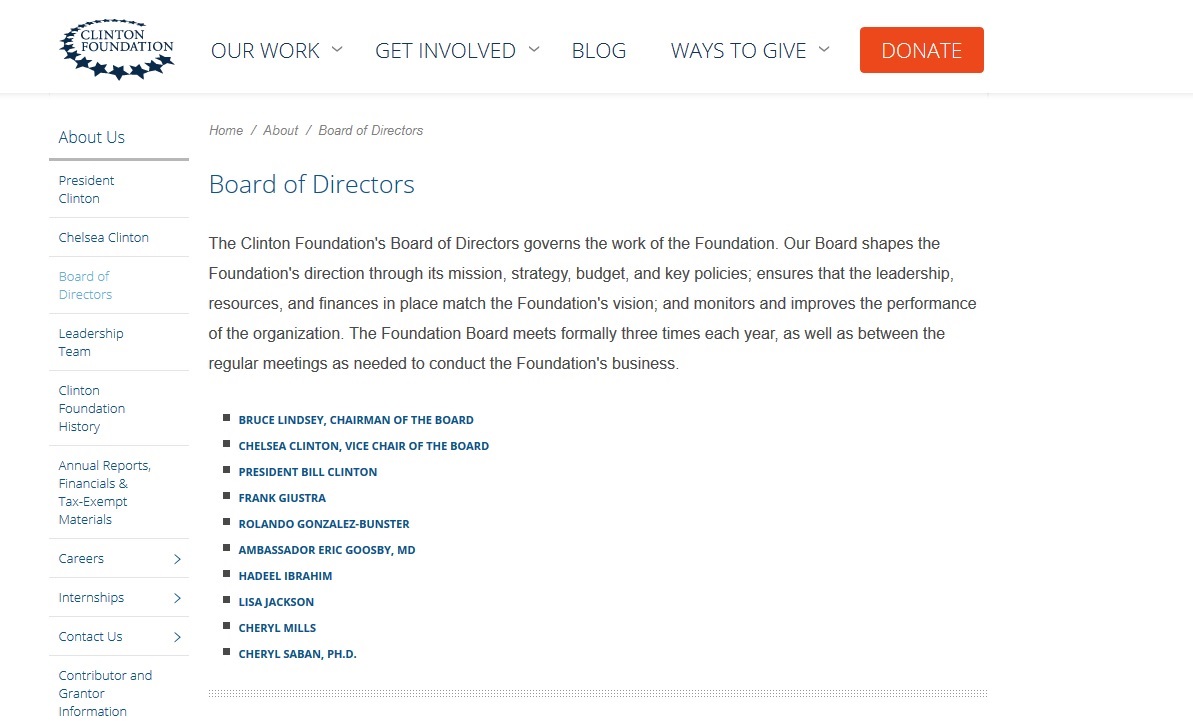 A 2012 White House press release announcing Saban as a U.S. representative to the United Nations General Assembly notes that she “received a B.A., M.A., and Ph.D. from California Coast University.”

Saban’s biography on the Clinton Foundation website also boasts of her Ph.D. in psychology from California Coast University.

California Coast University is a for-profit school based in Santa Ana, California which offers zero classroom courses. “[T]he University is a distance learning institution and does not offer any on-campus or residential type of degree program,” a school FAQ explains.

“Programs are offered online. Alternatively, course materials can be mailed to the student upon request.”

Saban received her Ph.D. in psychology from California Coast University in 2005, according to a biography related to a book she published.

California Coast University was established in 1973, under a different name, and received its accreditation from the Distance Education & Training Council in 2005, the same year Saban received her Ph.D.

Prior to its accreditation by the Distance Education & Training Council, California Coast University appears to have been accredited only by the California Bureau for Private Postsecondary Education.

A 2004 report from the United States Government Accountability Office mentions California Coast University in a report entitled “DIPLOMA MILLS” — five times — but does not implicate the school for any wrongdoing. (RELATED: Why Are The Clintons Hawking A Seedy, Soros-Backed For-Profit College Corporation?)

A 1975 advertisement in the Los Angeles Times by California Coast University — at the time operating under a different name — offered doctoral degrees, master’s degrees and bachelor’s degrees for the “mature man or woman who feels his total learning experience, vocational achievements and specialized training has graduate level equivalency,” according to a 2012 Denver Post story concerning a lawsuit against an allegedly fraudulent medical doctor.

Saban has been a Clinton Foundation board member since 2013.

Here is how she looks now: