Scientists only recently discovered an Earth-like planet orbiting a nearby star, but developers of a space video game predicted the existence of the planet in 1993.

“Proxima b was in the game Elite II starting in 1993 though the naming scheme the game uses is quite different,” David Braben, the CEO of Frontier Development that developed the game “Elite II,” told The Daily Caller News Foundation. “In our game, its called Eden, and in our game’s history, its the first Earth-like planet discovered by humanity.”

Astronomers confirmed the potential “second Earth”, dubbed “Proxima b,” in August after detecting a slight “wobble” of gravity tugging on the star Proxima Centauri, which is the closest star to Earth other than the sun.

Frontier’s latest game in the franchise, Elite: Dangerous, launched in 2014 and simulates 400 billion star systems in the galaxy, accurately predicting several details of “Proxima b” in the real universe.

“Every star system in Elite Dangerous is modeled from real world data,” Braben said. “We run the simulations tracking and consider the different chemistry of stars and how angular momentum works. We run that forward billions of years to the age of the star, giving us a pretty realistic simulation of the real universe. Our simulation also predicts several other stellar phenomena we know exist in the real world, like planets in binary star systems.” 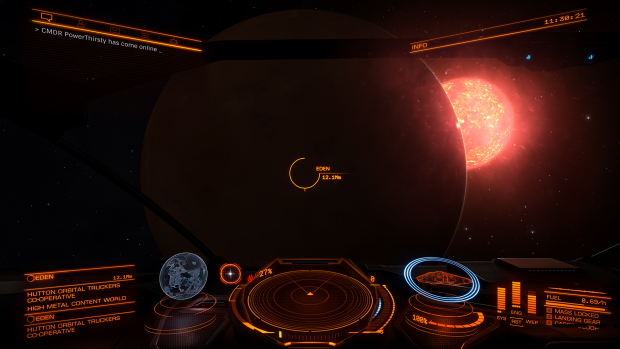 Simulation of Planet Eden From A Spacecraft In Elite Dangerous
Imaged Generated By Frontier Developments Plc. 1984 – 2016 and Used With Permission

“Our game is set in the year 3302 and obviously there’s a history up to that point,” Braben said. “In the game, people discovered in 2038 and eventually did go to Eden, which is a world with a water atmosphere. However, there wasn’t much there because the planet was close enough to the star to be exposed to extreme radiation. Eden is tidally locked and quite close to its star just like in real life, partially due to luck and partially due to the nature of the simulation.”

“Proxima b” is likely tidally locked around its sun in real life, meaning one side of the planet constantly faces the sun, while the other side is always dark.

Scientists don’t currently know if “Proxima b” has an atmosphere or possesses a magnetosphere, but it could have a water-based atmosphere as it sits in its star’s “Goldilocks Zone” — the zone around a star that has just the right conditions for liquid water on a planet’s surface. 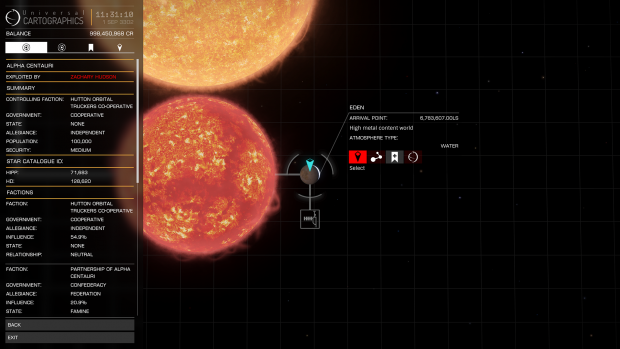 NASA scientists told TheDCNF last week that Proxima b is “probably one of our best targets to explore for signatures of life.” Though life never evolved on Eden in game, the planet is inhabited by a cooperative of space truckers.

“The assumption in our game is that life is fairly common, but technological life is fairly rare because of stellar disasters,” Braben told TheDCNF. “In the game, there’s a research base on Eden, but no native life as the radiation flux is quite high. These stars flare up occasionally, and you don’t have to flare up that often to prevent life from developing. Having said that, we have seen life on Earth which could potentially live on Proxima b.”

Although Proxima b is by far the closest potentially habitable exoplanet to our solar system, but it would still take more than 1,000 years to arrive using today best rocketry developed, according to Universe Today. If there were technologically advanced aliens living on Proxima b, it would take 4.6 years for any radio signals sent from Earth to reach them.