“It’s been a year and a day since I’ve had a cigarette.”

This is just COLD

Journo insists on no swearing rule

“Guys. One rule on this feed. No cursing. One warning, then blocked. Lots of kids follow.” — Kurt Eichenwald, TIME.

In other Eichenwald tweets:

AP reporter: Trump has no specifics for military spouses

“Trump tells military spouses, ‘There are things we can do that are really very simple.’ Does not offer any examples.” — AP’s Steve Peoples.

“Really wish @Amtrak would figure out a way to provide decent wifi. Have not had a decent connection this whole ride. #travelfail” — Nancy Trejos, travel writer, USA Today.

Amtrak replied, “@nancytrejos Thanks for choosing Amtrak. We hope that you enjoy your ride.”

Reporter is confused about getting blocked

“Always fascinating to be blocked by people I’ve never heard of. Do people just block instead of mute if they don’t like a tweet? So confused.” — Brendan Nyhan, UpshotNYT contributor and Dartmouth political science prof.

“1. If I was advising @HillaryClinton,I I’d tell her to spend 1/2 her time aboard the plane in the press cabin.” — Ron Fournier, associate publisher, Crain’s Detroit.

“A person coughed. It’s news only bc of a context of rumor, which NBC is indulging. This is how institutions fail.” — James Poniewozik, NYT TV critic. “This election has seen some innovative truth-squadding/pushback. But is showing how vulnerable media system still is to brazen rumors/lies.”

Female journo gets gust of hate

“So far this morning I’ve been called a c**t, a b**ch and a whore by the good folks on twitter! (And it’s 730 am) Happy Labor Day everybody!!” — Soledad O’Brien, CEO of Starfish Media Group.

“Who wants to kiss in a totally normal and please don’t sexually harass me because of this tweet sort of way?” — Eve Peyser, night editor, Gizmodo.

Clinton campaign informs people where they are

Ruby Cramer is a political reporter for BuzzFeed News. 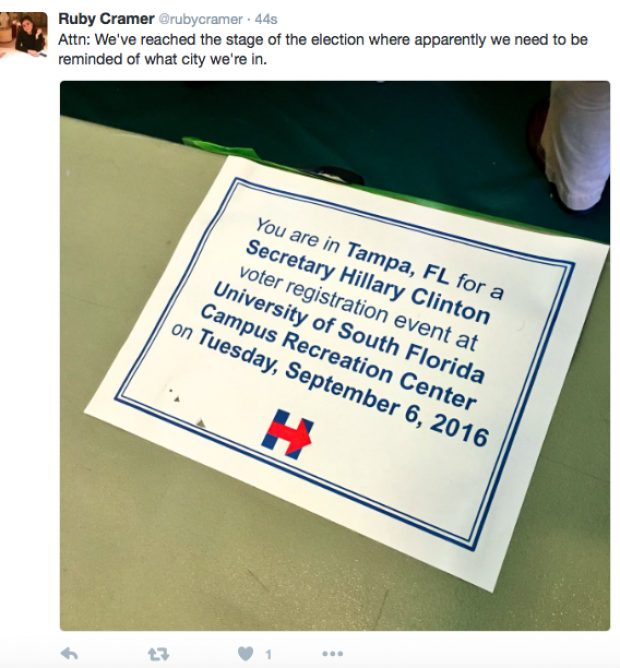 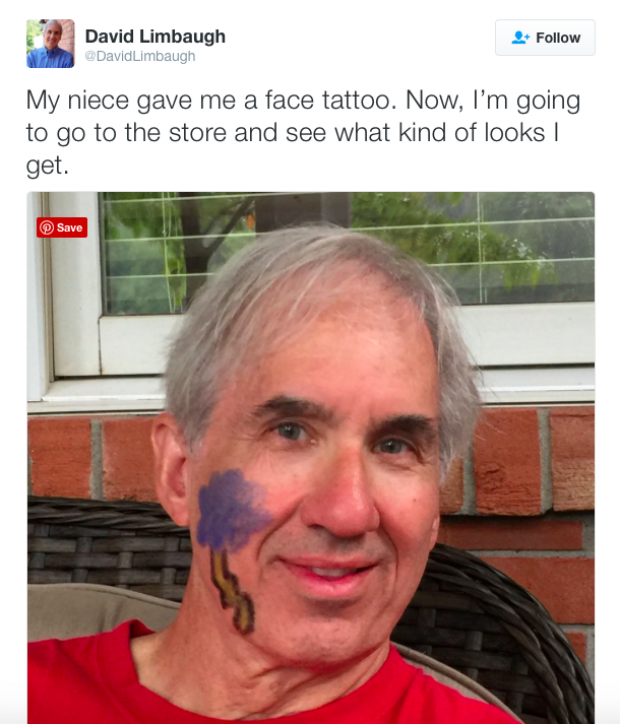