Ann Coulter refused to tell a joke about Hillary Clinton having a penis during Comedy Central’s roast of Rob Lowe. 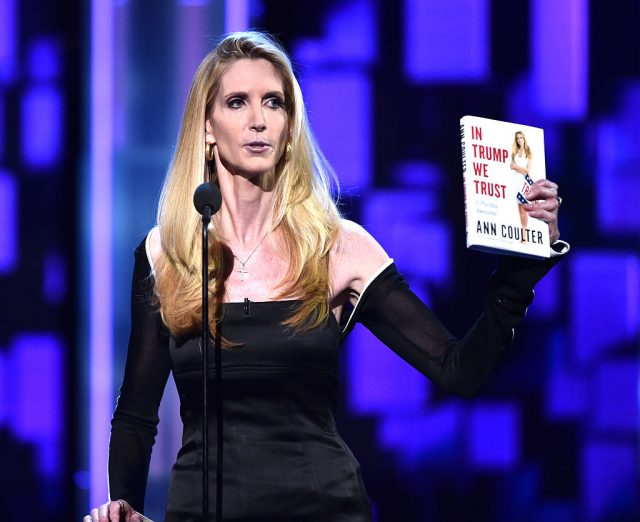 Mike Lawrence — a professional comedian who helped those invited to Lowe’s roast write their jokes — revealed the quips he wrote that Coulter turned down. (RELATED: Ann Coulter Booed And Heckled During Her Time At The Mic For Rob Lowe’s Roast) 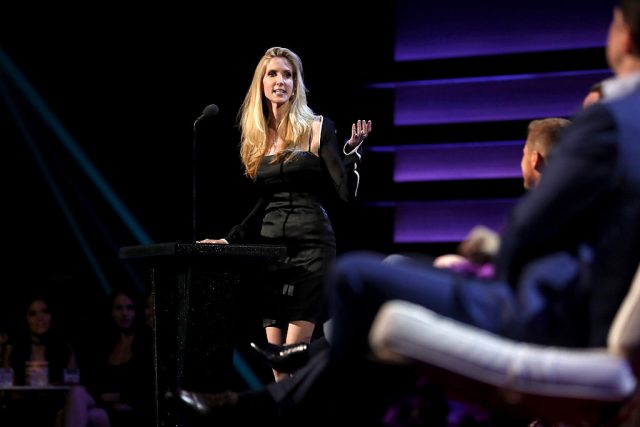 These are the jokes Coulter reportedly turned down:

“I have to say, Rob, it’s nice to finally not be the most hated person in the room.”

“Peyton Manning [a fellow roaster on the show] is a model citizen and his forehead is a model for the wall that Trump’s going to put between the U.S. and Mexico.”

“Ralph Macchio’s [another roaster] first ever credit was in the movie ‘Up the Academy,’ playing a character called Chooch Bambalazi. Are you serious? Even Donald Trump thinks it’s too racist to call a wop Chooch Bambalazi.”

“That would be like if Jeff Ross’ first credit was a character named Mosha Gefilte Fish Streisand Ziegmillianberg. And before you ask, Jeff, I wouldn’t fuck you with Hillary Clinton’s dick.”

“Rob Lowe is like America: He hasn’t been great since Reagan was president and unemployment is becoming more and more of a problem for him.”

“Giving you a roast is the worst decision Comedy Central’s made since they replaced Jon Stewart with a South African child. That’s a Trevor Noah joke, the one immigrant I’m most excited to see deported. Am I white, people? Am I white?” (RELATED: Ann Coulter Left Speechless After Being Mercilessly Destroyed During Rob Lowe’s Roast)

1
Dana Perino Floats '2nd Task Force' To Focus On Reopening Economy, And It Appears Trump Likes The Idea
Media
2
REPORT: More Than 40,000 People Have Arrived In The US From China Since Trump Restricted Travel
World
3
EXCLUSIVE: Coronavirus Expert Says Virus Could Have Leaked From Wuhan Lab
Investigative Group
4
Trump Agrees '100%' With Firing USS Roosevelt Captain
US
5
Was The Stockpile Shortage Under Obama A Result Of The Tea Party? Not So Fast
Media