The Cowboys opted to not place him on injured reserve, which would have meant he couldn’t return until November 6.

Jones told the media, “You don’t have to spend a lot of time going over and kind of circumcising the mosquito. You don’t have to do that over there on him because you look back over on the other side that caused you to make the decision, and there’s nobody good enough to take that spot to give you a chance for that if he can come back.” (RELATED: NFL Legend: Tony Romo Could Be Out For The Season [VIDEO]) 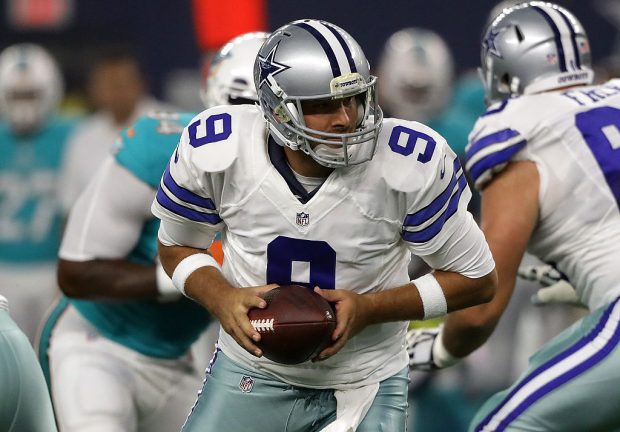 ARLINGTON, TX – AUGUST 19: Tony Romo #9 of the Dallas Cowboys during a pre-season game at AT&T Stadium on August 19, 2016 in Arlington, Texas. (Photo by Ronald Martinez/Getty Images)

That is one of the greatest quotes ever that makes absolutely no sense at all. Props to Jones for somehow tying circumcising mosquitos into football.

Romo has been out since injuring his back in the preseason against the Seattle Seahawks.