Hillary Clinton told reporters Tuesday that Donald Trump is “clearly” hiding something by not releasing his tax returns.

“So the question really is, will he abide by the precedent that everyone else, Republican and Democrat alike, have fulfilled in providing that critical information to the American people?” she posed. 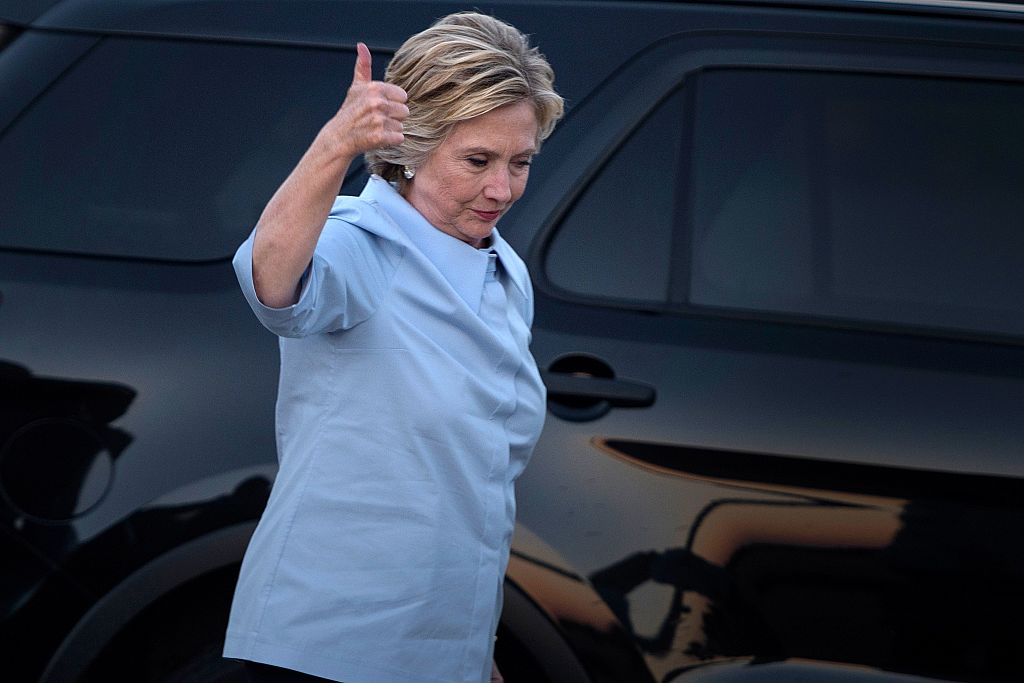 “I think the burden is on him and indeed for the rest of us, in the campaign, on our side, the press, the public, to demand what a big majority of the American public says they want, which is for him to release his tax returns,” she continued.

Clinton vowed “to continue to raise this because [she] think it is a fundamental issue about him in this campaign that we’re going to talk about and one way or another for the next 62 days because he clearly has something to hide.”

“We don’t know exactly what it is,” she conceded. “But we’re getting better guesses about what it probably is, and if he’s going to pursue this campaign, he owes it to the American people to come clean and release those tax returns.”