Colin Kaepernick is continuing to incite reactions to his polarizing national anthem protest. A perhaps unexpected result has been a notable rise in the San Francisco quarterback’s jersey sales.

According to ESPN’s Darren Rovell, “more Kaepernick gear was sold last week on the team site than the past eight months combined.” It is now the best-selling jersey on the team, he was “sixth all year prior to his protest,” Rovell reports.

Kaepernick, who will start the regular season as the backup for Blaine Gabbert, “was the third-best-selling player jersey on NFL.com as of Monday,” Rovell reported. The only jerseys selling better were Dallas Cowboys running back Ezekiel Elliott’s and New York Giants receiver Odell Beckham Jr.’s. 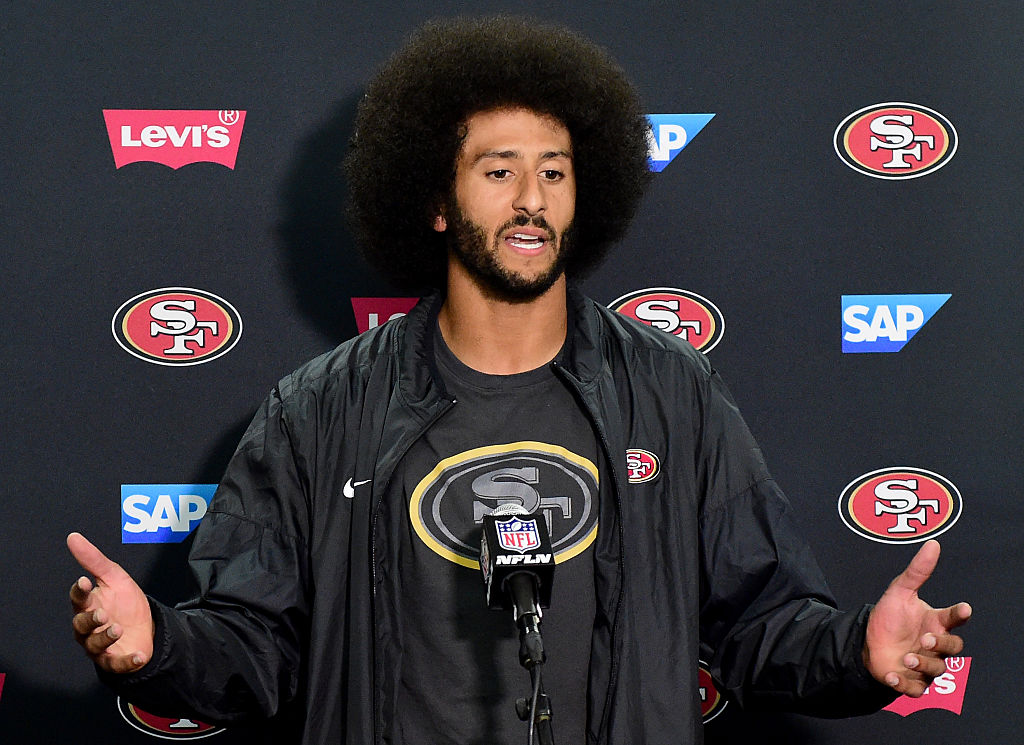 Colin Kaepernick speaks to media during a press conference after a 31-21 preseason win over the San Diego Chargers. (Photo by Harry How/Getty Images)

The San Francisco backup quarterback’s protest has triggered a variety of reactions. President Obama has addressed the issue, although he admittedly hasn’t been paying much attention to it. (RELATED: President Obama On Kaepernick: It’s Tough For Veterans To Get Past What He’s Doing) 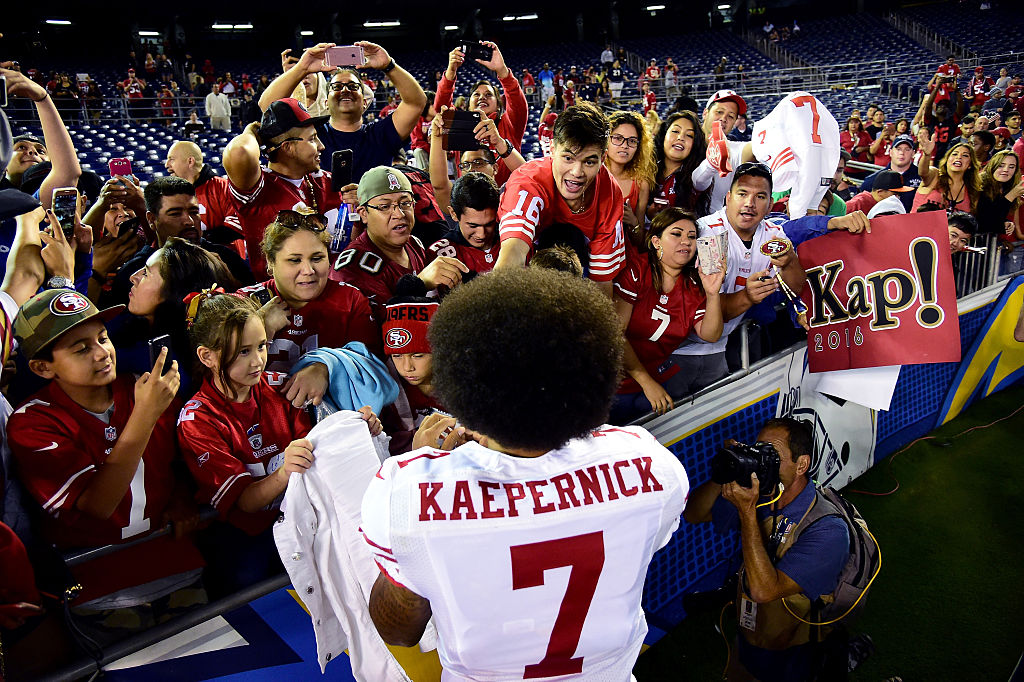 Colin Kaepernick signs autographs for fans after a 31-21 win over the San Diego Chargers. (Photo by Harry How/Getty Images)

Rappers J. Cole and Trey Songz may have contributed to the rise in jersey sales. The rap artists both performed wearing the San Francisco quarterback’s jersey over the weekend in apparent support of his “Star-Spangled Banner” protest.

Kaepernick continues to sit during the national anthem claiming he doesn’t want to stand for a flag that represents a country “that oppresses black people and people of color.” (RELATED: Colin Kaepernick Sits During National Anthem With Hundreds Of Veterans In Attendance)