During the Tuesday broadcast of his radio show, Rush Limbaugh played a clip of then-President Bill Clinton’s 1995 State of the Union speech, and the conservative talking head couldn’t believe just how similar it sounded to rhetoric used by Donald Trump in 2016.

“There’s one other thing I want you to hear,” Limbaugh first informs his audience. “It’s all the way back, January 24, 1995… I want you tell me who this reminds you of.” 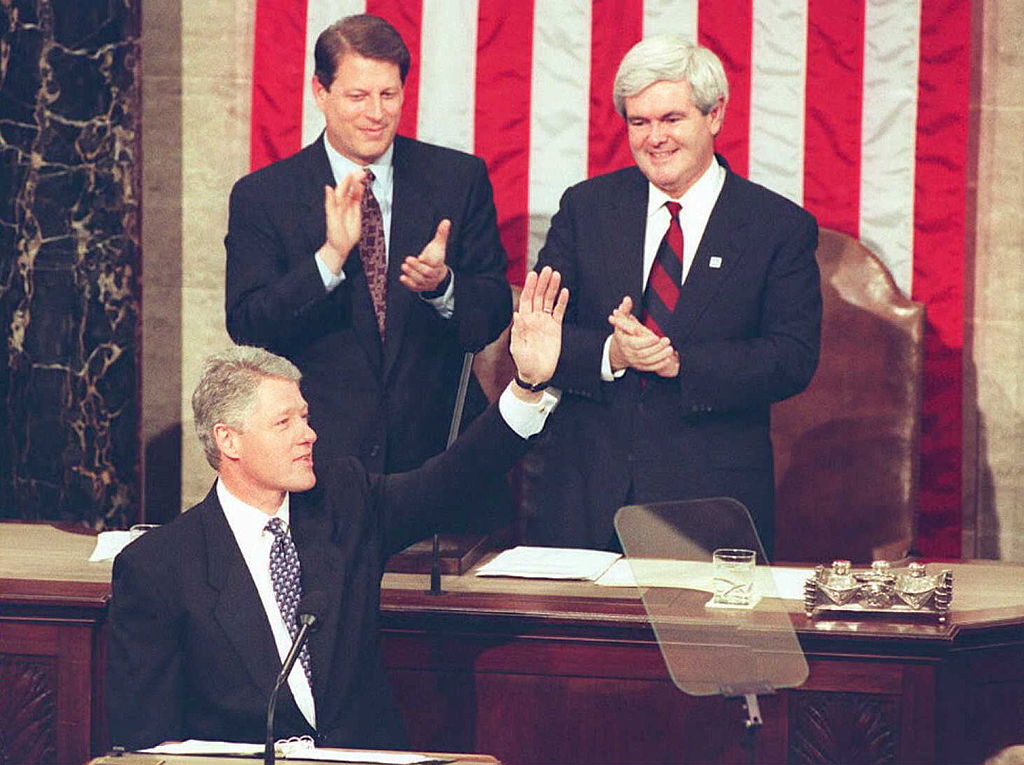 CLINTON: All Americans, not only in the states most heavily affected but in every place in this country, are rightly disturbed by the large numbers of illegal aliens entering our country. The jobs they hold might otherwise be held by citizens or legal immigrants. The public service they use impose burdens on our taxpayers. That’s why our administration has moved aggressively to secure our borders more by hiring a record new number of border guards. By deporting twice as many illegal aliens as before. By cracking down on illegal hiring. By barring welfare benefits to illegal aliens. In the budget I will present to you, we will do more to try to speed the deportation of illegal aliens who have been arrested for crimes. It is wrong and ultimately self-defeating for a nation of immigrants to prevent the kind of abuse of immigration laws we have seen in recent years, and we must do more to stop it.

“That sounds exactly like Donald Trump, doesn’t it?” Limbaugh added after the clip of Clinton finished playing. “Do you ever recall hearing Clinton saying this?… When I found the bite I was stunned like you probably are.”

“This is no different than what Trump is talking about,” he continued. “And he got a standing ovation in the House chamber.”