“You have to get the job done. I think if she went to Mexico, she would have a total failure. We had a big success,” Trump said.

Host Craig Melvin asked Tyler, “for someone who is looking at a 15-point deficit with women in particular in this latest national poll, why make comments like that could certainly be seen as sexist?” 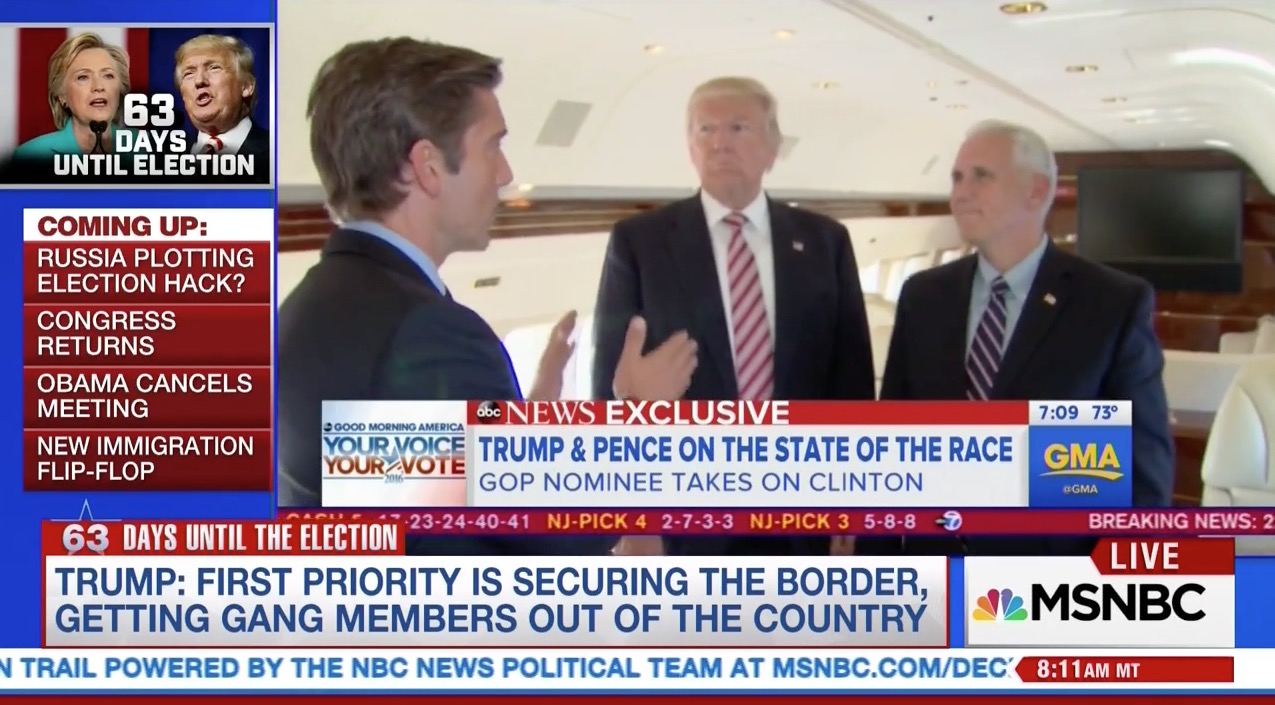 Donald Trump speaks from his plane on the morning of September 6, 2016 (MSNBC)

“That is not going to go over well with the people that he is losing, primarily women.” he continued. “That is the vote he needs to try to expand, particularly Republican women who have sort of been sitting on the fence here.”