Women in TV news have a wider array of ways to vary their look.

Cleavage, no cleavage. Blue eye shadow. Or not. Lipstick in shades of nude and bright red. A fresh blowout.

But men? They’re limited. They can get fat, put on suspenders or buy a new tie.

Which is why HuffPost’s senior politics editor Sam Stein‘s newly grown facial hair got Washington’s chattering class yammering Wednesday afternoon. That — and boredom. What other dumb thing can Donald Trump do? How many more coughing fits can Hillary Clinton have? 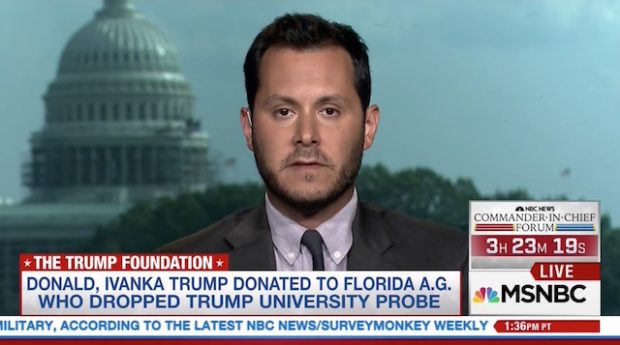 Sabrina Siddiqui, a political reporter for the Guardian and a former coworker of Stein’s, doesn’t seem to think Stein should keep it and reached out to Gillette for help. 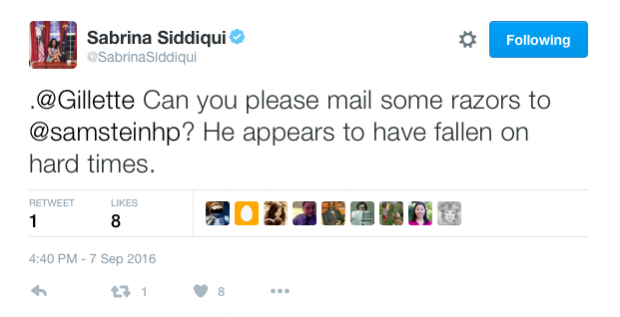 Siddiqui eventually added, “Jokes aside, I dig the look.” 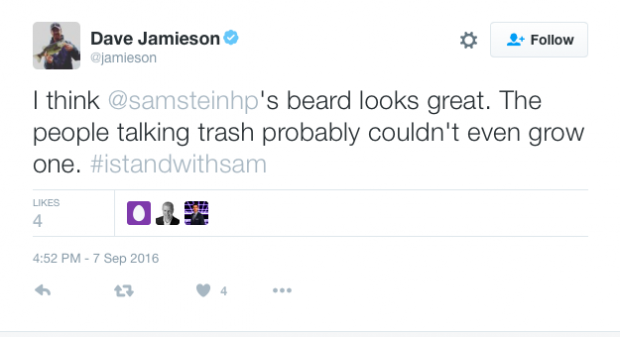 Which actually seemed to work. Stein replied, “Someone is getting a good performance review this year.”

To those who don’t like the beard and told him so, Stein remarked, “People are mean.”

But even politics watchers outside D.C. couldn’t help but notice.

Take this autism advocate based in Rainbow City, Ala. 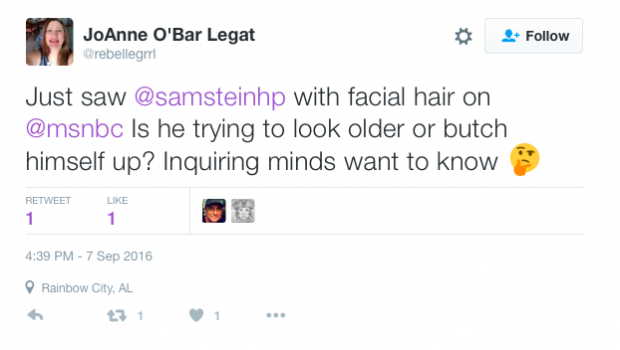 Perhaps Stein was taking advice from Sweet Sugarmama, who in January of 2014 crudely told him to grow some hair on his sweet face.

Stein did not want to comment on the matter.

In fact, he really tried hard to politely guilt me out of writing this.

Eventually he explained, “I was on vacation and didn’t shave. Then I thought to myself, in a profound moment of introspection: ‘Okay. I’ll keep it.'”

We’ll see how long it lasts.

Here he is sans facial hair with BBC’s Katty Kay on MSNBC.