In an interview with the Hollywood Reporter, the 69-year-old actor and film producer warned that many of Trump’s supporters are unreachable because of “racism.” (VIDEO: Rob Reiner On Trump’s Support: ‘There Are A Lot Of People Who Are Racist’) 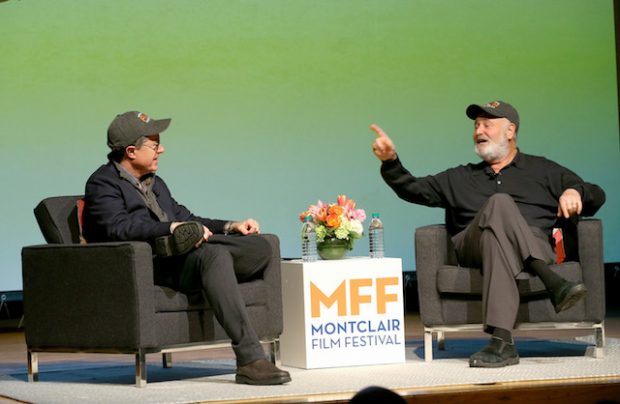 “I think you can reach certain Trump supporters,” Reiner said. “But Trump said something very prescient in the beginning of his campaign when he said, ‘I could shoot somebody on Fifth Avenue and I wouldn’t lose any votes.’ And to a degree, that’s true.” (RELATED: Rob Reiner Slams Trump After ‘Second Amendment People’ Comment)

“Look at the demographics: It’s mostly white males who don’t have college degrees,” he added. “Then there’s also a very serious strain of racism that runs through his followers. And that’s a kind of disturbing thing, and I don’t think you ever reach those people.”

“I think that they’re impossible to turn around,” he continued. “It’s very disturbing because a lot of these racist ideas have kind of been dormant for a while, and he’s given voice to them — he’s kind of unearthed it.  And the thing that’s most disturbing is to discover that there’s so many people that still hold those views.”

“If it isn’t overt racism, it’s this kind of a desperate attempt at holding on to some version of America that they think was there once,” he said. “They’re really threatened by our diversity, and what’s so great about the experiment of democracy is that it celebrates diversity and diversity is what makes it strong. If at some point America has no clear majority, where there’s such a mix of ethnicities and races and religions, and it can work as a democracy, that is the ultimate beacon to the rest of the world of how we should all live.”