Law enforcement in Spokane, Wash. are searching for a man responsible for killing the nephew of Democratic Senator Jon Tester of Montana Tuesday morning.

Bob Tester, 35, died after a man armed with a sword and a knife attacked him in his home. A bloodied ax was also reportedly found near his body.

Tester’s 8-year-old daughter awoke to noises and found the assailant standing over her father, NBC News reports. She told investigators the attacker ordered her back to bed because he was going to kill her father. She then called her grandmother.

Authorities found Tester “severely injured,” according to a statement from the Sheriff’s Office. He died at the scene. Investigators say that, due to evidence so far available, they do not believe the incident was a random killing.

Tester made an ominous Facebook post on Aug. 25, alluding to a falling out with a friend. It read in part: “There’s gonna be some hard days ahead of us but i want you all to know that I was victimized by someone close to me.”

Bags of marijuana were reportedly found next to Tester’s body. The grandmother told investigators that Tester supplied pot for medical marijuana dispensaries.

A spokeswoman from Sen. Tester’s office told NBC News, “Sen. Jon Tester and his family appreciate the privacy given during this difficult time.” 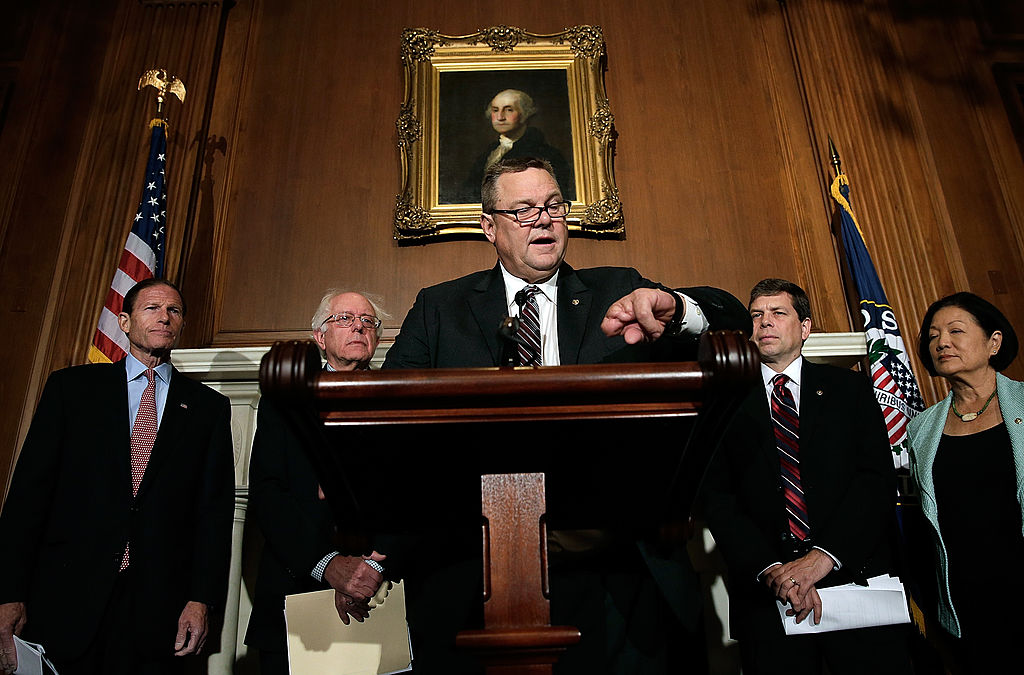 WASHINGTON, D.C. — OCTOBER 09: U.S. Sen. Jon Tester (D-MT) looks to his watch while speaking at a press conference highlighting how veterans are being impacted by the government shutdown with (L-R) Sen. Richard Blumenthal (D-CT), Sen. Bernie Sanders (I-VT), Sen. Mark Begich (D-AK), and Sen. Mazie Hirono (D-HI) at the U.S. Capitol October 9, 2013 in Washington, DC. During the event, Tester and others discussed how critical veterans services are being affected by the shutdown. (Photo by Win McNamee/Getty Images)