Johnson: You won’t get me this time.

“Matt Lauer racing through a list of questions, not much follow-up. Sometimes you have to stop, listen, change direction during interview.” — NYT‘s Adam Nagourney.

If Hillary were a man… (eye roll)

Neera Tanden is president of the Center for American Progress. 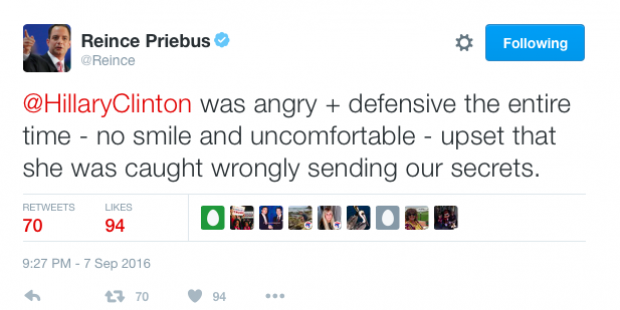 “@rickberke’s advice for 2 ex-NYT multimedia people he hired for @statnews: ‘Do everything they wouldn’t let you do at the New York Times.'” — Jeremy Barr, media reporter, Ad Age.

In defense of Hillary

“God speed, NBC intern who has to transcribe part two of this forum.” — The Daily Beast‘s Jackie Kucinich.

“This is turning into a long 30 minutes for Trump.” — Rich Lowry, editor, National Review.

“Does Trump know that he’s running against Clinton and not Obama?” — WaPo syndicated columnist Kathleen Parker.

“Trump actually boasting about a Mexico trip where he got wedgied by Pena Nieto.” — the Guardian‘s Spencer Ackerman.

“Ivanka says her dad isn’t sexist because he hired her. Does that mean he isn’t xenophobic just bc he ordered her mom from a Czech catalog?” — comedian Chelsea Handler.

Conservative journo: Hillary did something better than Trump

“Hillary didn’t do well during her half hour, obviously, but she was a much better filibusterer of questions than Trump is.” — The Federalist‘s Mollie Hemingway.

“This is a good question, but it’s also the kind of q Trump will never answer: ‘What are your plans?'” — MSNBC’s Chris Hayes. In other Hayes commentary: “A combo of my plan and the general’s plan. Like when you get olives on one half of the pizza and mushrooms on the other.”

“Trump will fire Obama’s bad generals, replace them with undocumented immigrants, and order them to devise a plan to beat ISIS.” — Vox‘s Matthew Yglesias.

Ex-Breitbart editor: ‘Trump is ‘killing it’

“These were tough questions but I think Clinton held up well. She delivered specific, concise answers. Effective performance in my opinion.” — New York Magazine’s Jonathan Chait.

In short: They both failed

“I’m not sure either candidate can feel like they made progress tonight. Clinton was on the defensive and Trump lacked a lot of substance.” — NBC “Meet the Press” host Chuck Todd.

NYT‘s Maggie Haberman: Hillary has suffered from no press conferences 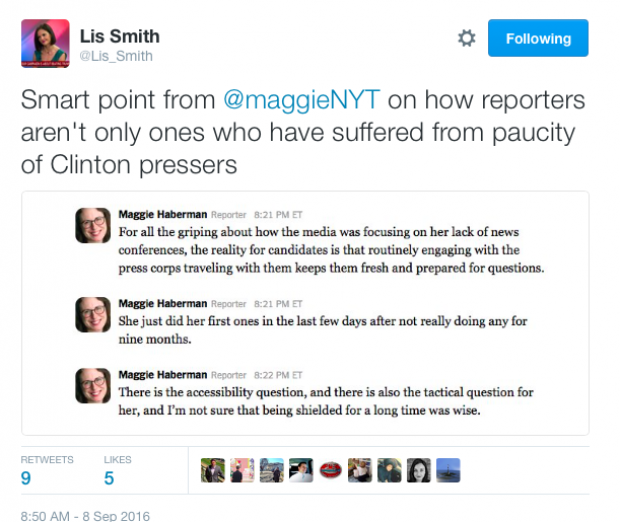 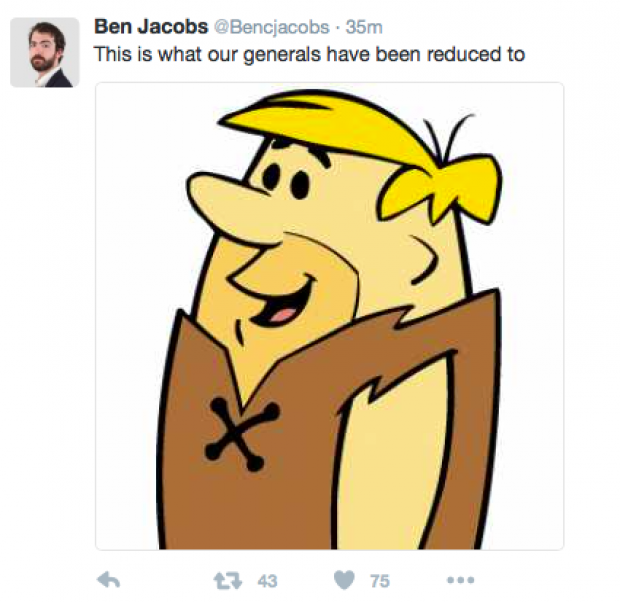