American swimming hero Ryan Lochte has been suspended for ten months after being robbed at gun point in Rio, Brazil during the Olympics.

A source with the U.S. Olympic Committee told TMZ Sports that the decision to suspend Lochte for nearly a year had been made. Further details are not known at this time. (RELATED: Brazilian Police Officially Press Charges Against American Hero Ryan Lochte) 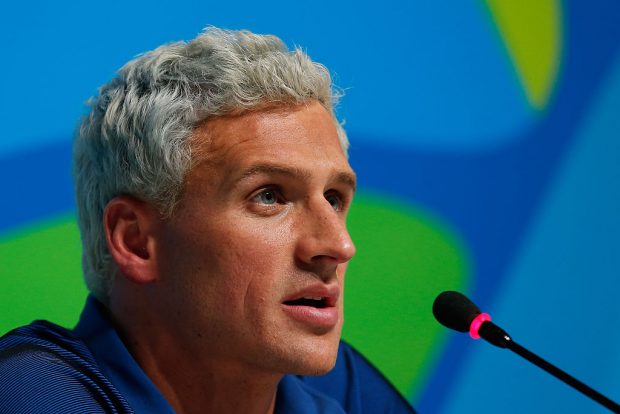 Lochte and three of his teammates were held at gunpoint and robbed of all their money after urinating in some bushes at a Rio gas station. (RELATED: REPORT: The Authorities In Brazil Lied About Ryan Lochte’s Actions)

The incident turned into an international scandal when Lochte and his teammates were accused of lying and destroying a bathroom. Both claims by the Brazilian authorities later turned out to be false. The Brazilians claimed taking the Americans’ money under the threat of force was simply a negotiation, but in America that is indeed considered a robbery. (RELATED: Brazil Attempted To Hold American Swimmer Hostage For Almost $50,000)

Lochte shouldn’t be too sad though because he’ll be on the upcoming season of “Dancing with the Stars.”