A weird joke heard at the Values Voter Summit

“We need to be praying for Hillary Clinton, there’s special needs there, there’s mental impairment.” — Rep. Louie Gohmert (R-Texas) at the Values Voter Summit as reported in HuffPost.

ICYMI… The Mirror analyzes The Hill’s 50 Most Beautiful People list.

Speaking of beauty contests… IJR published their 2016 Cutest Dogs of Capitol Hill list. And by dogs, I don’t mean ugly people, but actual canines. See here to find out who landed first place for top dog.

And lastly… GQ published the 50 Instagram accounts you should be following right now. See here.

Cardillo is a radio host for Salem’s 880 The Biz. He’s referring to the phone call between Politico‘s Marc Caputo and GOP has been Dan Bongino, who insists he’s done with electoral politics after losing three races. Caputo never attacked Bongino’s wife. In fact, Bongino unloaded a boatload of f-bombs on the reporter because he lost his temper instead of answering simple questions. He claims the so-called liberal media had it in for him. Except A) The Daily Caller is not liberal and B) Caputo is a registered Republican.

A nugget of Trump finance news

“Donald Trump raised >$3 million last night at a farm property outside of Cleveland, per a source familiar.” — The Hill‘s Jonathan  Swan.

Greta Van Susteren thanks Fox News for returning her pictures

“Thank you to Fox News! Late yesterday they said they would return my personal pics and video that I had posted over the years on GretaWire!” — Ex-FNC “On the Record” host Greta Van Susteren. 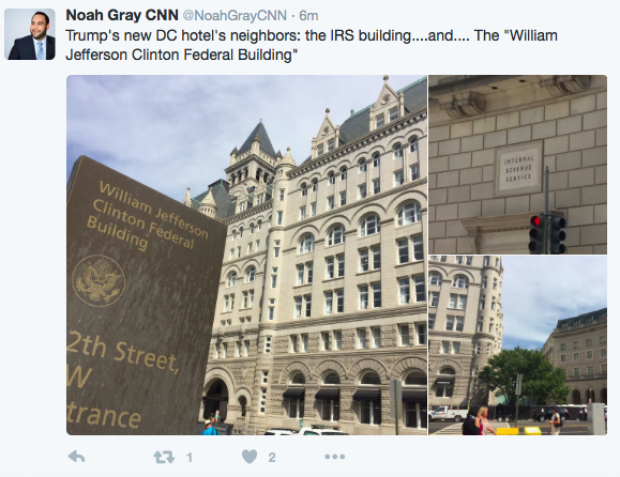