A team of 11 and 12 year old football players in Texas reportedly all kneeled Saturday during the national anthem.

The New York Daily News’s Shaun King said that they all asked to kneel and they did so with their coaches. 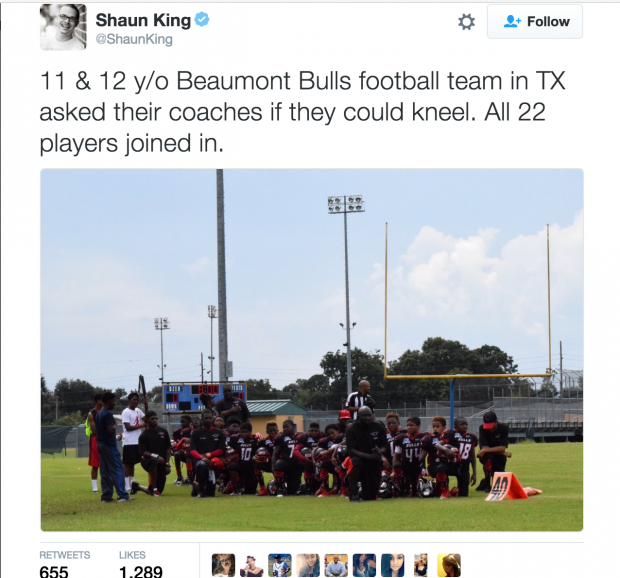 All but two members of Woodrow Wilson High School football team in Philadelphia kneeled as well during the national anthem as well Saturday. They lost the game 13-7.

Video of Woodrow Wilson players and coaches taking a knee for national anthem before Saturday’s game vs. Highland pic.twitter.com/JBhtaslq0i